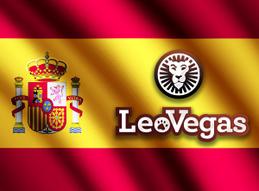 To really expand in today's modern era of online casinos, companies have to enter various regulated markets. This gives them access to more players, but it also puts them in a position where they have to adhere to different sets of rules determined by different regulatory bodies.

LeoVegas is looking to answer this challenge by applying for a license to operate in Spain with a target of the first quarter of 2019 for a launch date.

Coming Off the Heels of the Swedish License

An important component of this story is that Sweden has recently opened up their regulated market, and LeoVegas applied and was granted a license to start operating in the country in January 2019. That puts them in a position where they are already expanding in a serious way, and adding a Spanish license on top of that would build on that momentum and give them a tremendous start to the new year.

Importance of the Spanish Market

A key difference between the Spanish and Swedish markets are that the Spanish one has been around since 2012 as one of the first regulated and segregated online gambling markets in Europe. Despite that, the market is projected to be a bit smaller. That's not an issue of population so much it's as it's an issue of how people choose to play. The Swedish market is worth about 1.4 billion EUR while the Spanish is worth about 1 billion EUR. However, the key issue here is that more than half of gambling in Sweden happens online while only about 11 percent of Spanish gambling goes down on the Internet. That's the source of the big difference in market value relative to population.

LeoVegas already has licenses in some very important jurisdictions. This includes the United Kingdom, Malta, Sweden, Italy, Ireland and Denmark. They would like to add Spain to that list and to get started providing games to their players in 2019, and we'll see what happens with their application. They're expected to be accepted and to have the ball running very early in the new year, and we'll be very surprised if they are declined for any reason whatsoever.