Kahnawake Pulls Out of Unregulated US Markets 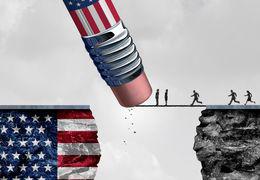 Kahnawake has been one of the jurisdictions that players from unregulated US markets could count on in the past in terms of allowing their licensees to operate freely while also providing accountability. That is no longer an option for most players now since a minor scandal broke out concerning business that happened with the New Jersey Division of Gaming Enforcement.

This all centers around Continent 8, a data center business that was given a waiver from the DGE a couple of years ago to operate inside of New Jersey's regulated market. This company is based out of Kahnawake and is licensed there. At some point, it was noted that Continent 8 was also offering its services to a number of other US-friendly operators in unregulated jurisdictions. When the DGE found out about it, they had a major problem with this because it could be illegal for these businesses to offer its games to some players in some states.

To settle the issue, the Kahnawake Gaming Commission, which has licensed some of the most popular online casinos and poker rooms friendly to US players, has decided to no longer allow their licensees to offer their services to people in the US outside of regulated jurisdictions. This is a pretty big blow to the players, and it puts them in a position of having to scramble if one of their favorite places to play has pulled out of the US market as a result of these issues.

This whole situation is a bad look for New Jersey. It goes to show that they are stepping beyond what some people would consider appropriate bounds for their regulation of online slot casinos and other types of gambling on the Internet. While they've taken measures against affiliates in the state promoting outside entities, this is the first time that they have been involved in measures that effectively stop players from outside of the state from gambling. It's a very interesting and unfortunate situation that highlights once again the importance of increased regulation from more states, something that we have unfortunately not seen so far.