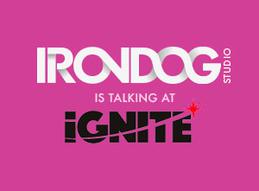 Trade shows are an important part of any industry, but they're that much more important for online gambling because there are so relatively few places to show off what a company has coming. Iron Dog Studio was recently able to talk at iGnite 2017, and they went into a lot of depth about what they have coming and what they have planned. It was a good opportunity for this relatively new company to sell themselves to potential customers, and by all accounts, they did an excellent job.

The Focus of the Talk

One of the big things that came out of the talk was a preview of their upcoming game Neon Jungle. Aside from that, they also went into a fair amount of depth about what their content is all about and the approaches they are taking to stand out from the pack. Players and industry figures alike have been impressed with their releases in the short time they have been around, and it's no surprise considering they are a part of the 1X2 NETWORK.

Where You Can Play Their Games

In spite of the fact that they've only been operating for a matter of months, the quality of their content speaks for itself. This high level of quality is why their games are already easy to be found with content distribution deals with platforms like EveryMatrix, NYX OGS, TAIN and others. They also have their games on specific online casinos like Betsson and Red Queen Casino. Overall, their games are very accessible for players, which is great news since that's who quality content like this was made for.

Iron Dog Studio is a part of the recently rebranded 1X2 NETWORK. They focus on creating high-quality, HTML5 slots. All of their games are released on all channels at one time, and this helps to make them as accessible as possible to players. It's a great way to let as many players as possible get in on the action, and the fact that they have content distribution deals with so many top platforms and solid online casinos helps with that as well. If you're a fan of great online slots, then this is a company that you'll definitely want to pay attention to.