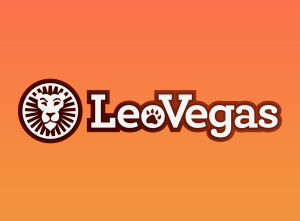 LeoVegas has opened the curtain for Blue Guru Games, the group's game studio that will release its first games later this year. This is part of their strategy to further control the gaming industry's value chain, with games that will be created for LeoVegas. It is planned to release a minimum of 20 games over the next 2 years.

From the very beginning, the company will have an experienced team in the game development sector. LeoVegas recently finalized the migration of the Royal Panda brand to the company’s tech platform, which will bring extra benefits to the company, which means that all of the brands 100% owned by the company are now running on the joint group platform, a feature that CEO at LeoVegas, Gustav Hagman called "a milestone in the history of the company.”

In addition to Blue Guru Games, LeoVentures has also invested in Pixel.bet, CasinoGrounds and SharedPlay, and LeoVegas also in recent times acquired the bookmaker Expekt.

Gustaf Hagman, CEO at LeoVegas, said: “For a long time we have created exclusive games with the help of external providers, but now the time is right to take the step to do game development entirely on our own.Drawing from our data and casino knowledge we will be able to drive innovation and create games that our customers truly enjoy. These may be everything from niche, local games for individual markets to broad international games.”

LeoVegas is one of the leading gambling sites in the world and was named the Internet Casino of the Year at the Global Gaming Awards in 2019. Its platform boasts over 1000 casino games, most of which are slot machines such as popular Mega Moolah, Book of Ra Magic, Vegas Party, Fire Joker, Wolf Hunters, Eastern Emeralds, they also have various other games including live dealers. Another great asset of Leo Vegas is definitely their amazing mobile site and the company also won the Mobile Operator of the Year award in 2019. A wonderful gaming experience is guaranteed on this platform, especially with the newest Android application. This company operates under licenses from Malta, the UK, Denmark and Ireland, which means players enjoy the content without worrying about security and fair play.