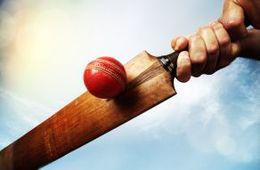 Gambling is an extremely complicated topic in South Africa. A part of that has to do with how dynamic some of the political changes have been from one party and administration to another and how wildly their viewpoints can vary. In a move that's sure to shake things up, a South African cricket team has received a sponsor that few would have guessed would happen, but now the realities of the situation are going to unfold, and it's going to be super interesting to see what happens.

The Sunfoil Dolphins are a provincial cricket team of the South African KwaZulu Natal. They've recently acquired a three-year sponsorship deal with HollywoodBets. The way this works is that this sponsorship will help them to prepare for the upcoming season for 2015-2016, and it will also help the regional union as a whole. In short, this sponsorship is primarily for the team itself, but it will also help cricket as a whole in the area. These types of sponsorships haven't really ever been seen before in South Africa, and that's why it's such an interesting development.

Effects on Gambling in South Africa

One of the things that you have to understand about gambling in South Africa to understand the significance of this deal is to realize that no type of regulated gambling, land-based or online, has a consistent history. It's been changed, legalized, made illegal and everything else you can imagine over the past several decades, and there hasn't really been anything that's consistently pushed for the normalization of gambling as a whole. Sponsorships like these are a good way to push in that direction, and that's why it's so important.

This isn't the first cricket sponsorship that HollywoodBets has put out there, and that just shows you that this was a very strategic move on their part. These sponsorships are a great win-win situation when they're handled correctly because they increase brand awareness and bring in new players for the site while giving the team and the league much-needed advertising revenue. In short, both sides benefit heavily from this, and since the Sunfoil Dolphins are getting a three-year deal out of this, it's going to help them from now until the end of the 2017-2018 season at the very least.