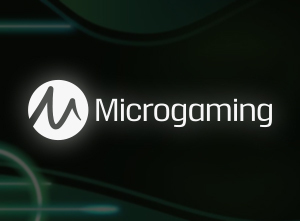 Microgaming has increased its presence in Argentina by joining several operators in Buenos Aires. The gambling software provider will offer access to a variety of casino games. The supplier will initially deliver 49 slots to market through its aggregation platform. This includes games such as Thunderstruck II, Break Da Bank Again, Immortal Romance as well as several recent releases such as Links of Ra, Plenty of Presents, Empire Shields, Book of Mrs Claus, Fortune Rush, Golden Hook and more. They will be integrated on online casino platforms and customers will also have access to their range of affiliate content. The company says several members of its customer network have been licensed to offer a range of online gambling products in the province of Buenos Aires, and more operators are expected to join the network in future months.

In addition, Microgaming confirmed it will also target the other newly regulated provinces of Argentina, to ensure further expansion in South America!

Hayley Da Silva, Head of Markets at Microgaming, commented: “With safer gambling and fair play at our core, we’re proud to welcome the new regulations in both the city and province of Buenos Aires. We’ve supported our customers closely with the licensing process in preparation for the markets opening, and we’re excited to see them push off from the starting blocks!”

Microgaming is one of the most popular providers in the online gaming industry and it operates under a license from the UK Gambling Commission. The brand operates from offices located on the Isle of Man. The developer has been releasing innovative casino content every year since 1994 when the brand was founded. Its games are very popular with players, especially games like Halloween and Jurassic World which generate a lot of game traffic. This company not only offers immersive games but also participates in the life of the community through the PlayItFoward program. These initiatives are aimed at the development of education, sports, and charity. It has received several awards. In 2015, the brand was entered in the Guinness Book of Records for playing the largest ever jackpot on a slot machine.