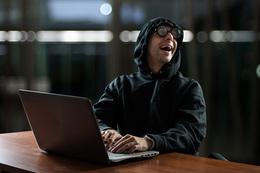 One of the biggest fears of anyone who gambles online is having their accounts hacked and funds stolen away with no resource. This is exactly what happened to one high roller who lost a total of about €150,000 after his Skrill account was hacked and the funds were sent out to plenty of other Skrill accounts and promptly withdrawn. There is a lot of controversy surrounding this situation, needless to say, but the response from Skrill has been somewhat surprising.

Is Skrill Partially to Blame?

A lot of people have been pointing fingers at Skrill in this situation saying that something should have been triggered when a six figure account is emptied in this way. Others have been speculating that there has been a mass hacking attempt on Skrill accounts. This theory was compounded when Skrill decided to add a two-factor authentication feature not long after the hack. Finally, there's the issue that the player wasn't even notified that the funds were missing until he logged into his account to notice it. It's worth pointing out that this last point is being disputed to some degree since withdrawals usually prompt an email notice.

The Importance of Security

Security in online gambling is important no matter if you play penny slots (like these) or any other type of game. Ultimately, security is your own responsibility first, and this includes making sure that your passwords are handled with good practices. You shouldn't use the same passwords in multiple places, especially for things like your eWallet accounts and your casino accounts, and you should use different email addresses than you use from anything else if you can.

The idea here is to think from the perspective of someone who would try to get into your accounts and steal your funds. If this person can't figure out what your gambling email is, then there's no way they can leverage it to get into your accounts. The same goes into the issue with the passwords. There are a lot of things players can do to keep safe, and our number one priority with this is giving players the information they need to keep their funds and personal information safe while gambling online.