Get Ready for An Adrenaline Rush with Vinnie Jones Roulette 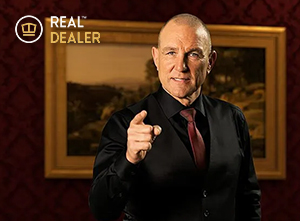 While Vinnie Jones is probably best known for his roles in Guy Ritchie films like Lock, Stock and Two Smoking Barrels and Snatch, the actor has appeared in a wide variety of projects over the course of his career. From playing a professional footballer in 2004's Goal! to starring alongside Dwayne "The Rock" Johnson in the 2015 disaster film San Andreas, Jones has demonstrated his versatility as an actor time and time again. Most recently, he can be seen in the new Real Dealer Studios game Vinnie Jones Roulette. So, what other faces of Vinnie Jones are out there? Let's take a look!

This European-style roulette game offers simple gameplay and great odds of winning, making it a favorite among casual and experienced players alike. And with a 97.30% RTP, you can be sure that you'll be in for some serious fun whenever you sit down at the table. The game's interface provides access to statistical overviews of bets and results, including how often any given number has been hit. In addition, the interface provides access to the roulette racetrack, which makes it easier to place call bets on groups and sections of numbers.

Thanks to cinematic RNG, players can now enjoy a truly realistic gaming experience that looks and feels just like playing in a real casino!

Chief Product Officer at Real Dealer Studios, Shane Cotter said:“We’re effectively blurring the lines between the worlds of iGaming and film, particularly now with these celebrity titles. Apart from yielding an all-around better experience for players, it opens up the door to some fantastic new game concepts”

Real Dealer is an online casino provider that was established in 2019. The company has its headquarters in Malta, and it also has offices in Estonia. This brand is known for developing casino games that are a mix of Hollywood-style moviemaking scenes with RNG gameplay. The games that Real Dealer has developed are very popular with online casino players, and the company has won several awards for its innovative gameplay.