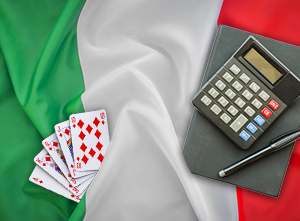 The taxes that gambling operators and software companies have to pay in a given jurisdiction are one of its biggest expenses. This means that even a relatively small shift in those rates can cause some major changes in what can be expected for business. This has recently been the case in Italy where their Senate has been working on a proposed budget for the following fiscal year, and this budget includes some unexpected increases to the taxes on gambling businesses.

Playtech is one of the companies feeling the pressure from this surprise bump. Their stock actually dropped about 7 percent on news of this increase, which is critical because it's estimated that it's going to cost them upwards of €20 million in 2019 before any measures are taken to weaken the damage. This news is particularly relevant for this company in particular since they spent around USD $1 billion earlier this year to purchase Snaitech, which gave them a particularly large foothold in Italy.

Some of the Rate Increases

Online casinos have seen their tax rate jump from 20 percent to what's expected to be 25 percent. While 5 percent in absolute terms might not seem like that much, it's actually 125 percent of the taxes that they would have been paying previously. For example, if a company was paying €10 million in taxes before, they would be paying €12.5 million in taxes afterwards, which is 125 percent of the amount they were paying previously. A 25 percent jump in the largest expense that a company has is pretty big, especially when it comes as a surprise.

Is Italy Shooting Themselves in the Foot?

Whenever a tax on a particular industry shoots up like this, one of the effects is that it lowers the number of companies active in that industry. This happens because there will be companies unable to turn a profit with that large jump in expenses, and they will exit the market as a result. What happens as they exit the market along these lines is that the money they were previously contributing in taxes is no longer there, so Italy will not be receiving as much in increased revenues as it might initially seem, which can be self-defeating.