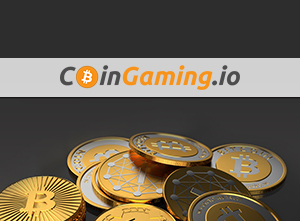 Coingaming has added an important person to an important post in a move that will definitely be for the betterment of the company. Richard Walsh, a former executive for William Hill, has joined on as the new Coingaming Group managing director. He will be over the entire group, and he will be reporting to their CEO Tim Heath from what is obviously a very important position.

The Significance of This Role

The importance of this role cannot be overstated. He will be over operations for the entire group. An important part of this is their upcoming launch for an eSports brand, which is a sector of the industry that hasn't been focused on very much at all. While this company has grown significantly in a fairly short period of time, the important thing to remember here is that Walsh has well over two decades of experience with William Hill, including in executive positions, a company that itself has been around for over seven decades and which is considered one of the top online and offline gambling brands in the entire world.

The Nature of the Competition

In order to be truly competitive in the online gambling industry, you need a substantial edge. The fact of the matter is that there are only a relatively small number of people who have the experience and expertise that Walsh has. Moreover, there are always new online casinos and software brands that are trying to come up and make their own spot in the market. Acquiring the services of someone with Walsh's background is definitely a way to get ahead of the curve and make sure that you have an advantage that isn't easy to replicate in this particular industry because of a relative lack of competitive talent.

A Goal of Sustainable Growth

The new managing director Richard Walsh went into his plan for the future of the company. He's said that his focus will be to continue Coingaming's rapid growth by focusing on sustainable sources of expansion. With his background at William Hill, we can probably expect strategic partnerships with existing brands and software companies as well as strategic entry into different regulated markets, but we'll have to see exactly how this unfolds in the next several months.