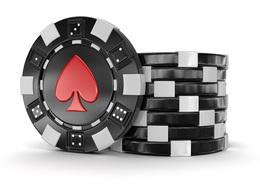 Live dealer games are an extremely fun way to get in on real casino action without having to go through all of the hassle of actually going to a land-based casino. Table games on these platforms offer players a compromise between the real games they see in land-based establishments and the convenience of playing in an online casino. Evolution Gaming's own live dealer product is getting a new addition thanks to the Ultimate Texas Hold'em game provided by Scientific Games.

This deal between Evolution Gaming and Scientific Games will give the former exclusive rights to the Ultimate Texas Hold'em game. They also have the option to expand this deal to other products produced by Scientific Games during the three-and-a-half year deal that they have signed. This is a pretty significant deal because it shows that Evolution isn't giving up on their specialty of live dealer games in 2016, and it also shows that they're continuing to see growth in this particular arena.

One of the reasons that this deal is so interesting is that it's directly related to how online poker hasn't been seeing much growth in the past few years in any meaningful way. The idea here is that casinos could use games like Ultimate Texas Hold'em to convert online poker fans over to casino games, and this consolidation of the player base could help the company in the long run since online poker is largely considered to be dying a slow death for most online rooms.

This deal is interesting for another reason as well. Online slots have largely dominated the online casino world for quite some time, and for a company to focus on table games instead is very atypical at this stage of the game. It'll be interesting to see how this strategy works and if they're able to keep up the pace with adding more table games since there aren't really as many of them to go around compared to the thousands of slot titles out there. In any event, this deal between Evolution and Scientific Games shows that Evolution is still growing, and that's good news for every type of player no matter what types of games you prefer.