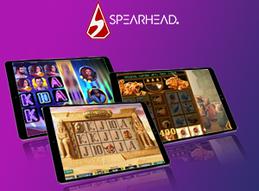 The Columbian iGaming scene is getting more and more popular and attractive to the global providers, and now Spearhead Studios is joining them. The reputable brand has announced it has completed the process of certification under the laws and regulations of this online gambling jurisdiction.

...the provider’s entire rich portfolio of games will become available in this South American country. Including top-performing games such as Wilds of Wall Street, Popstar and Lara Jones is Cleopatra, Columbian players will have the opportunity to experience the full high-quality of the developer’s titles.

Mathias Larsson, Managing Director of Spearhead Studios, has expressed the company’s enthusiasm about breaching to the new market:

“Getting Spearhead Studios’ games on the Colombian market is an important achievement for our team. We are investing a lot of time, resources, and creative zest into our games, so we are dedicated to growing our number of jurisdictions and finding the best distribution channels for them.

I am very proud of what we’ve accomplished in only seven months of existence, and I think we have a very exciting road ahead.”

A Young Brand with Top-Notch Releases Behind It

Launched in November 2019, Spearhead is a very young company in the gaming industry. Especially considering the veterans who are ruling the markets for decades like Microgaming and Real Time Gaming.

…the studio has been busy from the very start and eager to prove it can compete with the best in the business. Focused on providing fair player experiences and superb design of its games as a top priority, the brand can brag with over a dozen titles launched so far, including Book of Gates slot, designed exclusively for Wunderino and its users.

Many of them have become instant hits amongst users. Releases by this provider are also popular amongst the operators, especially after the launch of the studio’s Slider Games feature that helps sports betting operators to grow their casino revenue up to 20% without time-consuming development.

The production team isn’t slowing down, as the 4 new slots and 1 blackjack variant are announced to be launched by the end of July:

While producing high-quality gaming products is the company’s mission...

…it also knows that making strategic partnerships is the way to success.

Spearhead has signed notable deals with esteemed names in iGaming in the last few months and extended its footprint in the industry. Just a few months after its inception, in January 2020, the brand partnered up with the esteemed Relax Gaming.

April saw the company partnering up with the slot king itself – Microgaming, who gained access to the studio’s portfolio and launch it on its platforms in several markets. Next in line was a collaboration deal with United Remote, signed the following month.

...the company has released one of its recent slots - engaging MegaNova with numerous bonus features and thrilling gameplay. Also, the provider’s very first table game, European Roulette, was launch in March, making the brand a threat to table games makers as well.

All these accomplishments while preparing to conquer the new market. Spearhead’s successful entry to the Columbian market will expend the studio’s global reach and help it to gain new players. It is also the message to other gaming providers that this brand has become a serious and fierce competitor.