DraftKings and FanDuel Are Feeling the Heat Even More 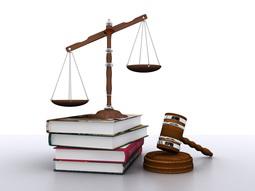 Several weeks ago, there was a scandal where a DraftKings employee used inside information not available to public players to win six-figures in winnings on FanDuel. This has prompted a tons of attention towards regulating the games like in Florida where they're looking at the industry very closely. To make things worse, dozens of lawsuits are popping up against these companies as well.

A law firm in Indianapolis is getting together complainants for yet another lawsuit against DraftKings and FanDuel. While daily fantasy sports is illegal in places like Washington state, it's not in lots of other parts of the United States, and these types of lawsuits like the one gaining ground in Indiana could really cripple the industry before it has a chance to be properly regulated. Lawyers are really smelling blood in the water on this one, and it's unlikely that this will be the last lawsuit of its kind.

Despite this lawsuit, politicians in the state have been taking a look towards regulating the industry there. There's a lot of benefit for the state to regulate the industry and tax it, and this could create a win-win for the government and players. For the government, they get revenues, and for the players, there are regulations and oversight in place that keep scandals like this one from happening. Overall, it's what everyone agrees should happen, even the leadership at the Amaya Gaming Group's StarsDraft, who have called for regulation in the industry.

To take things to yet another level of problems, an individual by the name of William Junkin is claiming that company VGT has the patents to a lot of the concepts that daily fantasy sports companies are using right now and that they were filed in the 1990s. If this turns out poorly for the companies running these contests today, then it could end up really crippling the top names just as much as these class action lawsuits are. That's not really want anyone wants (except for the people profiting from the potential collapse of the industry), but it's the reality of the situation right now as DFS sites come under fire again and again.