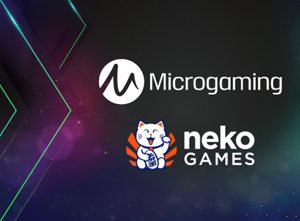 As a leading gaming supplier, Microgaming is always expanding its wide web of strategic partnerships. The recently announced distribution agreement with Neko Games will enrich the brand’s portfolio with some exclusive releases. They will bring the Latin flare since the up-and-coming game design and development Argentinian studio is specialized in producing content with such twist.

Microgaming’s game catalog already features one of the most massive catalogs industry-wide, thanks to the many cooperation deals with independent studios and content partners. Now Neko is joining this selected group while its first release Super Showball bingo game will be available to the slot king’s content aggregation platform from May 26th, 2020.

“Video bingo games are particularly popular in LATAM, and the team at Neko Games have done a tremendous job with their debut title, Super Showball. We are pleased to welcome the studio to our content aggregation platform and look forward to working with them on further diversifying our portfolio for Microgaming customers worldwide.”

Bingo Games with A Unique Twist

The studio situated in Buenos Aires, Argentina, is also associated with...

...Velo Partners, a UK Venture Capital Firm with rich experience in the iGaming industry, as well as with RNG Foundry. Still, striking a deal with such esteemed provider like Microgaming is a milestone for the brand.

As one of its main missions, Neko focuses on delivering exciting video bingo releases with thrilling gameplay that elevates simple mechanics to a completely new level of playing experience.
Therefore, its first release is inspired by the traditional Showball bingo game but comes with a twist.

Punters can also expect mid-volatility Pachinko, with a generous collection of features, in addition to high variance Fu88 with Wild Balls, Bonus, and Jackpots. While the first one caters to the skillset of recreational punters, the other is aimed at more experienced users.

Busy Month for The Slot King

May was a quite busy month for the Microgaming. It started with a launch of another slot from its progressive jackpot series, Absolootly Mad™: Mega Moolah developed exclusively by Triple Edge Studios. It opened the doors to the mystical and magical land of big winning potential where punters have a chance to hit any of the three jackpots.

Speaking of the provider’s jackpots...

…the network has awarded its first Mega jackpot win through Atlantean Treasures™: Mega Moolah.
The lucky player got whopping €7,784,425.63, less than 3 months after the game was officially launched on February 25th.

During this month, the provider has also enriched its wide portfolio with new releases by its independent studio partners, by adding:

While all of these titles are valuable additions to the company’s portfolio...

...players were most interested in the newly revamped version of the Immortal Romance slot. It is on the list of the punter's favorites from its launch in December 2011, and now comes remastered to HTML5 format for an improved experience.

Striking the exclusive content deal with is a big step for Neko. The one that benefits both sides since the slot king will be getting access to the studio’s exciting video bingo releases that will spice up its portfolio with a Latin flare.