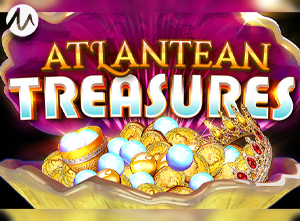 A lucky player won the seven-figure prize on 8 May 2020 at River Belle online casino. This punter joined a wealth of millionaires made via the developer’s progressive jackpot network, which has paid out over €1.1 billion since its inception.

As with all wins on the network...

...the €7.7 million win is due to be paid to the player in a lump sum by the operator, following standard verification checks.

An Underwater Adventure Worth Playing

Developed exclusively for Microgaming by Neon Valley Studios, the new slot is the first of its kind that took the provider’s progressive jackpot mechanics under the sea. This five-by-three-reel release takes players into the exciting underwater adventure with its captivating artwork and colorful symbols honoring the theme to perfection.

Alongside a wealth of features...

...including expanding wilds and respins, combined with the potential for extraordinary wins through the renowned Mega Moolah progressive jackpot, this one-armed bandit offers thrilling gameplay and premium experience.

The title also comes with big winning potential and since its network-wide release, it has awarded over €14.2 million across 238,594 jackpots, including 45 Major jackpots.

Microgaming’s industry-leading progressive jackpot network is growing, as the provider work alongside its network of independent studios to produce exciting new progressive titles.

...which awarded a whopping €10.7 million jackpot at Jackpot City last month, Atlantean Treasures went live in February. To recall, the third largest jackpot hit in the history of Mega Moolah slots was won at the same venue in April.

Also in this month, the slot king launched its newly revamped WowPot jackpot with the release of Wheel of Wishes by Alchemy Gaming. This is the first in a series of new games being added to its jackpot network, with Sisters of Oz by Triple Edge Studios next in line.

This May, the partnership between Microgaming and Triple Edge Studio produced another interesting release. The latest addition to the provider’s progressive jackpot series takes players down to the rabbit hole and into the magical world of big winning potential and engaging special features. Inspired by the Mad Hatter story, Absolootly Mad™: Mega Moolah slot offers stunning bespoke art and tremendous win potential with four jackpots.

By the words of Jean-Luc Ferriere, Chief Commercial Officer at Microgaming, the company will continue to grow its jackpot series with new additions. Ferriere disclosed this when he was congratulating the lucky winner of the brand’s Mega prize:

“Congratulations to the winning player for hitting the first ever Mega jackpot on Atlantean Treasures: Mega Moolah. The tremendous €7.7 million win marks another milestone for Microgaming’s progressive jackpot network, and we look forward to further enhancing our growing portfolio with additional progressive games to deliver even more entertaining gameplay experiences and opportunities to win!”