Daily Fantasy Sports May or May Not Be Illegal in Texas 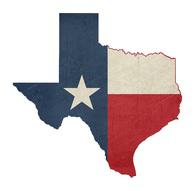 Daily fantasy sports have come under fire in New York from their Attorney General, and the biggest names in the business were forced to make a deal with the AG from Illinois after she determined that the events were illegal in that state as well. The Attorney General in Texas, however, is taking his sweet time with coming out with an opinion on the matter.

The Attorneys General from multiple states have come out with a clear-cut opinion of why DFS is illegal inside of the boundaries of their state. However, it's a very unclear matter in Texas because of their existing laws on gambling. The bottom line is that it's illegal to place bets on players or sports games in Texas, with the exception that bets made in a private place are allowed. This really causes a problem because they have to decide if playing daily fantasy sports is considered playing in a private place, and this gets down to undetermined parts of law like if your mobile phone or computer is considered a private method of communication.

Texas Attorney General Paxton has been the most cautious AG we've seen of the recent bunch. He was asked for an opinion back in November, and he's yet to release it. He's stated that he wants to be fair about the process of finishing the opinion, and he's refusing to comment on that opinion until it's finished. It's reasonable that it's taking him so long because of all of the topics that have to be decided with this ruling due to the state of Texas law on gambling, but that doesn't help the natural impatience that comes along with wanting to know how things are going to go down in Texas.

Where is Daily Fantasy Sports Heading?