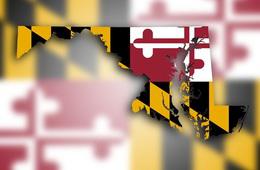 Over the past few months, there have been a lot of questions about the legality of daily fantasy sports in multiple states. The Attorney General for New York sent a cease and desist letter to major companies like FanDuel and DraftKings, and they also hit some resistance from the AG in Illinois. Now the Attorney General of Maryland Brian Frosh has stated that it's not allowed under existing laws in the state.

Where to Go From Here

The inquiry into the state law and DFS was prompted by Maryland Senate President Thomas Miller. He isn't looking to propose legislation himself, but he's suggesting that the industry take action instead.

We've been seeing a number of these cases of the state legislature asking the attorney general for an opinion on the legality of daily fantasy sports. What's important to note is that these opinions can be challenged in court, as they are being right now in the state of New York, and that leads to an actual determination about the legality in question. In Illinois, they didn't really face this type of resistance since they have a deal in place that allows DFS companies to remain in business until legislation can be proposed and voted on later this year.

Future of the DFS Industry?

It's looking like 2016 is going to be the defining year for the legality of daily fantasy sports in the United States. What's interesting is that they seem to be getting more support, despite the seemingly non-stop bad news, than any other form of online gambling has received, including online poker, which has lobbied pretty much non-stop in states like California over the past decade or more for regulation. We'll have to wait several more months before we can tell if the DFS companies are coming out ahead in this battle or not, but one thing is for sure: Things will be much different in this industry by the end of this year.