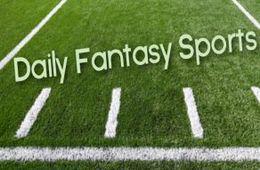 Daily fantasy sports is probably the single fastest-growing segment of the online gambling industry for the past 12-18 months. It has absolutely exploded with the top companies securing major deals with sports teams, ESPN and other sports-related entities. While it's definitely a skill-based contest, Washington state doesn't really care because their ridiculous laws prohibit it anyway according to a recent statement by the Washington State Gambling Commission.

The Worst Online Gambling Law in the US

Let's put this in perspective for people who don't know the law there: If you're a player in Washington state who places a bet on a daily fantasy sports site, then you could be charged with a felony that's on the same level as if you had punched a little kid in the face. What's more is that they are actually interested in enforcing this law. It was challenged in the state Supreme Court a couple of years ago, and the ruling was along the lines of, "This law is beyond stupid, but we can't do anything about it because it's not illegal to have a really, really stupid law."

The legal definition of gambling is something that really differs from place to place. Some places use what's called a "skill test" to determine if something's gambling or not, and this protects wagers on skill-based games like chess or poker. Other places like Washington State ban any wagering on anything ever that's not explicitly regulated and taxed by a government commission. If we're not being clear on this, it means that playing in a chess tournament with paid entry fees and paid prizes, which is the complete and total norm for adult chess tournaments all over the world, could be illegal in the state.

Some people don't understand how the UIGEA can have a carve-out clause for fantasy sports betting and still be illegal in Washington State. The confusion mostly comes down to the fact that the UIGEA didn't explicitly make it legal to have fantasy sports betting all over the US, and instead, it only kept it out of the definition of gambling for the sake of the document. It didn't change state or federal law on what's legal or illegal.