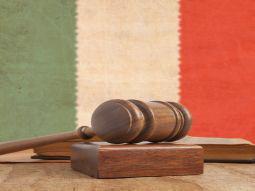 The regulator for online gambling in Italy is the Agenzia delle Dogane e dei Monopoli, and they send out regular reports about their activities each year. This includes financial reports, but it also includes other information like the ways they have been enforcing rules about unlicensed sites operating in the country. This type of information in a recent report shows that they are doing a whole lot of blocking and going after illegal operators.

During 2014, Italian regulators blocked more than 5,200 online gambling sites that did not have licenses to operate in the country. On top of that, there were over 110 prosecutions, and a total of 98 fines were imposed. A total of €907,999 in penalties were levied as well. While almost 100 fines for just under €1 million doesn't sound all that impressive since it would be just €10,000 per fine, keep in mind that a fine being imposed doesn't mean it was collected. Also remember that they do not necessarily have the jurisdiction to go after companies located in foreign countries.

One of the problems with enforcement measures of this type is that they often require the government to get Internet service providers to block certain sites. Many people have a problem with government intervention on what is and is not available on the Internet, and that's a hot topic in many parts of the world. However, the government doesn't really have much else available in terms of enforcement mechanisms along these lines, so many people see it as a "necessary evil."

Another problem with blocking sites like this is that it's very easy for companies to register a new domain name and start up once again. For the regulator, it can be a lot like playing "whack a mole" with an infinite number of moles coming at you because they can't ban the sites faster than new domains can be added. For these reasons, many countries are fairly lax when it comes to really going hard after unlicensed sites, and that's why it's so important to see that Italy is going after them hard. Between site blacklists, prosecutions and major fines, it's easy to see that Italy is taking the enforcement of their online gambling laws seriously.