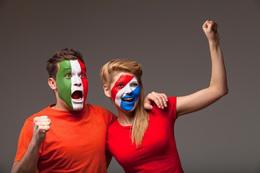 Daily fantasy sports has become the single fastest-growing segment of the online gambling industry in the United States over the past 12-18 months. Major sports teams have signed on to sponsor daily fantasy sports services, and so have major league and college sports leagues. This popularity isn't sitting well with everyone, and this includes the author of the UIGEA. Jim Leach has spoken out about this form of daily fantasy sports.

A "Cauldron" of Daily Betting

Jim Leach called daily fantasy sports a "cauldron of daily betting," and pointed out that his motivation for authoring the UIGEA was to stop all Internet gambling. At least they're being straight-forward about their intentions almost a decade later (it passed in October 2006), but we digress.

He could also win an award for his brilliance in pointing out that the UIGEA does not supersede the Wire Act or state laws that could make daily fantasy sports contests illegal. Jim "Captain Obvious" Leach, protector of the citizens of the United States from the evils of $1 daily fantasy sports tournaments, is really on a roll here.

The Real Effects of the UIGEA

No matter how much Leach wants to drone on about what his intentions were with the UIGEA, the fact of the matter is that laws often have unintended consequences, and that's one of the biggest arguments against the government just passing laws against random things because they feel like it. That's pretty much what happened with the UIGEA, and anyone familiar with how it was passed through Congress originally can tell you that it wasn't done in a way that really reflected the true intentions of the democratic process.

The Future of Daily Fantasy Sports

For now, daily fantasy sports are going to have to see some form of regulation just because there's so much attention on it now, especially with the big DraftKings scandal. The good news is that so many major leagues and teams have signed on that it could lead to some major resistance for politicians, who would have a much easier time if the leagues and teams were on their side (like with traditional sports betting). From this point on, we're going to see a series of legal battles over daily fantasy sports, and things are definitely going to be interesting to watch as it all unfolds.