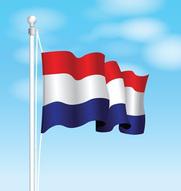 The Netherlands has been in an interesting situation over the past couple of years as they've taken a series of steps towards creating a regulated online gambling environment. There had been questions until recently about whether or not they would really push back and offer sanctions against companies that facilitated unregulated online gambling in the country. However, any doubts about that have been removed from the equation after they sent a clear message to the industry with sanctions against CURO B.V.

CURO B.V. is a payment service provider who had provided services to sites owned by Bluemay Enterprises. Bluemay was hit with EUR 240,000 in fines in late 2014 for offering their services to players in the Netherlands without a license. They've went after CURO B.V. as well, and while there was an objection to the cease and desist letter they initially received, a second hearing held that the decision was final, and they were subject to a fine of EUR 1,500 per day that they continued to operate in the country.

The big message here is that they're not just going after operators. If you like games like online slots, and you want to play from the Netherlands, then you're going to be getting people in trouble if you play with operators who aren't licensed, and that could include affiliates, payment processors, advertising companies and more. The payment processors are probably the most important of this group, and it's unclear if they would succeed in court against affiliates (and in what cases that would even matter), but the message is still clear.

To protect the Dutch market, it's extremely important that the government creates a situation where players are sticking with the regulated operators and staying away from everyone else. This has been achieved in other countries with things like Internet blacklists, but that hasn't gone over so well in the Netherlands, so they're having to really push it with other methods like these fines. In any event, they're sending a message that they're serious about taking care of the market, and this is good news overall since it shows that they care a lot about the industry as a whole and how they regulate it.