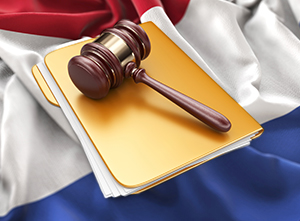 The online gambling industry in the Netherlands could be getting a big boost. Their regulatory body has recently went into their plans for a push they're calling a "big bang" than would fast-track several companies into getting Dutch online gambling licenses as long as they put in their documentation quickly. This was a part of Marja Appelman's presentation at the Gaming in Holland Conference back in mid-June, and it also included other details about what's hopefully coming up for their regulatory changes.

Also relevant to this is the fact that the Remote Gaming Bill is expected to passed through their parliament inside of the next year, and this includes having the Netherland Gaming Authority act as the typical gatekeeper to online gambling license holders. With that having been said, they're looking to make this process as quick and painless as possible so that they can get things going as soon as possible, and that's where this "big bang" concept is coming from.

Several countries in Europe have regulated the online gambling industry before now, and they have all seen problems to different degrees. The Netherlands Gaming Authority aims to learn from those problems and to avoid the mistakes of the past. A big part of this seems to be avoiding situations where companies have trouble getting their licenses because of the sheer amount of paper work and processes that go into approval.

This fast-track approach would avoid all of these issues while still forcing these companies to have all of their documentation in order, and it's an issue of efficiency and getting the industry going in the country as quickly as possible.

While all of that sounds nice in a speech, there are a lot of things that they have to look out for. First and foremost, the faster you try to make things go, the more of a chance you're generally going to have of a company slipping through the cracks initially that doesn't belong there. That could pose a risk for players, which is why they're wanting to focus on efficiency for these processes instead of simply passing people through quickly without a thorough check.