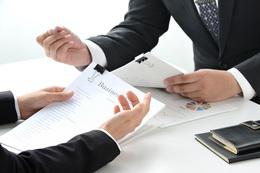 Sometimes it's easy to poke fun at your political opponents over things that don't really matter all that much. However, in the case of the RAWA (Restoration of America's Wire Act) bill being considered in Congress right now, anti-online gambling group Coalition to Stop Internet Gambling, or CSIG for short, completely and totally embarrassed themselves by launching a full-on assault against the English language in a press release full of errors.

"Since it's (sic) implantation (sic) in 1961…," the press release began, with two major errors inside of the first five words. This press release was a part of a big push to get behind the RAWA bill that would effectively make online gambling (and many other types of gaming) illegal on a federal level. This would be an absolute disaster for the industry, and it's largely the result of the work of Sheldon Adelson, a man who believes he has to protect his land-based gambling ventures in the United States. He has proclaimed that he will spend whatever it takes to keep online gambling from happening in the US.

Supporters of the Bill

The supporters of the RAWA bill are a lot of the same bunch that would have supported the UIGEA if it had actually been brought up more than hours before the end of the session of Congress in 2006. It includes groups like Let Freedom Ring, Focus on the Family, Network of Politically Active Christians, Liberty Counsel Action, Advance USA and Concerned Women for America. All of these groups have been pushing the fear mongering, as usual, and pretty much showing that none of them actually understand the content of the Wire Act.

Online Gambling in the USA

Right now, online gambling is starting to slowly-but-surely have a push in the United States. Slots, poker, table games and more have been running online in New Jersey and Delaware, and online poker has been happening in Nevada. More states have looked at what it would take to regulate the industry, and if RAWA fails then chances are that we'll continue to see more chances to cut the industry off at the knees until more states get in on the action.