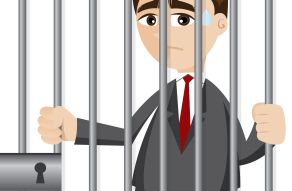 Beteagle is an online sportsbook that was owned by Joesph Graziano, and it offered its services to United States players. This earned him an 18-month prison sentence, a $1 million forfeiture, another $16,000 fine, and three years of supervised release. His associate Dominick J Barone had already pleaded guilty to related charges, and Joseph Lascala is set to be charged as well. These figures are all connected to organized crime in the area.

The Federal Wire Act of 1963 was set up to combat certain sports betting operations by organized crime members. The law says that it's illegal to take sports bets over telephone lines, and it was later interpreted to include the Internet. As a result, this is the only law on a federal level that makes any type of online gambling illegal. The idea was to make it easier to go after bookies connected to organized crime, but this outdated law is now restricting the ability for players to enjoy sports betting in a regulated environment. The end result is exactly what you see here: Online sports betting is only available now if you are giving your money over to criminals.

Eaglebet was operated out of Costa Rica, an online gambling jurisdiction known for being less than stellar when it comes to keeping an eye on the legitimacy of its licensees. Graziano was the main owner of the site, and they accepted sports bets and other types of wagers for several years. The key thing to note here, and something we're going to repeat once again because of how important it is, is that this site was operated by people associated with organized crime families. This is prohibition all over again, and we know how well that went the first time around.

Canada has a similar issue with a federal law that doesn't allow sports bets on fewer than three events at the same time. A good example of how that's working out for them is the millions of dollars being bet on the Super Bowl every single year by operations that aren't paying tax revenues to the government. The exact same thing is happening in the United States, and they both need to figure out that prohibition isn't going to work on this.