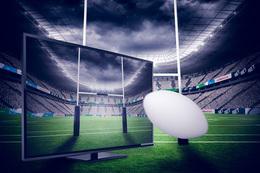 In the online gambling world, the biggest thing that's come out over the past two years is the push for the daily fantasy sports leagues. The Amaya Gaming Group has decided to throw their hat into the ring with their BetStars brand in a strategic move that could pay some massive dividends. The whole situation is complicated for a number of reasons, in particular because they have only opened their doors to a very select number of jurisdictions.

Since buying up PokerStars in the middle of last year, the Amaya Gaming Group has made a number of big changes. Some of these changes have made sense, some haven't been as popular with the players, and some have been particularly strategic. With the launch of BetStars, which comes after they purchased a daily fantasy sports site that already existed, we see that they're looking to really capitalize on the old PokerStars userbase from the United States. This comes after the DFS industry has seen some major scandals.

The two biggest names in the industry right now are DraftKings and FanDuel, and they've both seen some major problems. This was certain to happen with as much growth as both companies saw in a relatively short period of time, and it's created a situation where Amaya has been able to hold off on officially entering the market until a lot of the dust has settled. While there are still issues to be settled, it's nothing like the low level of play that online poker is seeing right now, and the market is very much alive.

In the first half of the new year, BetStars is going to push to make itself stand out from the competition. A big part of this comes from reaching out to people who were PokerStars players in the United States and trying to get them interested in the BetStars daily fantasy sports brand. These are the target audience for DFS because of the skill inherent in the game and the fact that the most skilled players can take down some pretty significant profits. We'll have to wait and see if they're able to make it work, but it'll be interesting nonetheless.