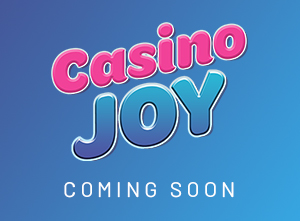 When a new online casino is announced, the reaction of players can be anything from super excited to completely disinterested depending on who's running the show and what they will be offering. It's more of the former in the case of Casino Joy, a new launch by Genesis Global.

Make sure that you do not confuse this site with an older, defunct site that was also called Casino Joy because these are two completely different online casinos.

What They Bring to the Table

The software that this site is running includes games from Microgaming Quickfire and a variety of other software providers like Net Entertainment, Yggdrasil Gaming, Evolution Gaming, Play'n Go, NextGen, Quickspin, NYX, Thunderkick, Endorphina and plenty of others. The game selection is huge with more than 1,000 titles to pick from, and this includes every genre and sub-genre that you could come up with. It's clear that they are serious about giving players options, but there's even more to be excited about.

A New Casino You Can Trust

This site is operated by Genesis Global, which is a company known for have an absolutely tremendous reputation when it comes to taking care of their players and paying out both quickly and reliably with no real issues. Along these lines, they're launching Casino Joy with licenses in both the United Kingdom and Malta, which are generally considered by most experts to be the two most reputable and strict jurisdictions when it comes to holding sites to high standards.

In short, it's everything that you could hope for in terms of being trustworthy in spite of it being a site that's very new.

If you're looking to get started at Casino Joy, you won't have to worry about having any particular type of mobile device or computer because their platform is incredibly flexible. They make it easy to get signed up and to start playing from their web-based app on Linux or Mac computers in addition to Microsoft Windows-based systems, and smartphone or tablet players using iOS, Blackberry or Android will have no issue either. Add that to some great promotions for new players, and there's a lot of incentive to try them out as a new casino home.