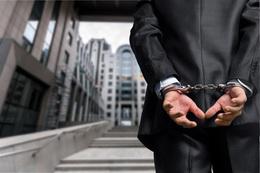 The Amaya Gaming Group's rise to prominence in the online gambling industry has been a pretty big story over the past few years. Starting out as a relatively small company that seemed to specialize in buying up undervalued online gambling software companies like CryptoLogic and turning them around, they really broke out in 2014 when they purchased the Rational Group in mid-2014 for a huge sum of around $5 billion. Now their aggressive CEO David Baazov, and a number of business associates, have been hit with 23 charges of insider trading.

Details on the Charges

The charges themselves for the CEO of the Amaya Gaming Group stem from actions that took place in the eight or nine months before the purchase of the Rational Group, the company that owned online poker giants PokerStars and Full Tilt Poker, at the time the number one and number two online poker sites in the world, respectively. A total of five charges are aimed at Baazov himself, and the remainder are for Vice President Benjamin Ahdoot and some other business associates.

Baazov has given statements along the lines of the normal, cookie-cutter responses you would expect, proclaiming his innocence in the process. The board of the Amaya Gaming Group is outwardly supporting him, but their stock prize dropped around 25 percent when the news of his charges hit, so stock holders most likely aren't thrilled about the situation. Amaya has went on to further say that they do not expect these charges to impact normal operation in any way.

This news comes days after it was announced that the Amaya Gaming Group managed to lose about $25 million in 2015, a total of about $150 million less in profit than they saw in 2014, though they did manage to lower their debt by quite a bit in the process. They were looking for 2016 to be the year when things really started coming together, especially with all of the [largely unpopular] changes they have made to PokerStars, but it doesn't look like they're going to be getting any good news at this stage in the game.