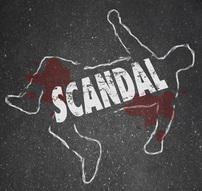 The daily fantasy sports industry has been absolutely exploding in the past year, and one of the reasons why it's become so open in the United States is that it's not considered sports betting. It's also considered, for the time being, protected from the UIGEA thanks to a carve-out for fantasy sports. This rise in popularity has led to big deals with ESPN, major league sports teams and the leagues themselves, but a new scandal has the Amaya Gaming Group calling for regulation of the industry.

Certain employees for major daily fantasy sports groups DraftKings have access to information about the rosters being used by winning players. They can see this information that the public does not have access to, and that can allow them to turn around and use the same types of rosters and picks on a competitive site like FanDuel. That's exactly what happened in this scandal, and it led to six figures in wins for the individual. This particular situation allows an extremely unfair advantage over the public, and that's why the Amaya Gaming Group has called for regulation in this industry.

Why Does Amaya Care?

The Amaya Gaming Group purchased Victiv, a daily fantasy site, and rebranded it StarsDraft to get action in the United States. They are looking to clean up the industry, though movement has already been made in the form of legislation in California. From a strategic point of view, they have been working very hard to get rid of the "bad actor" label associated with PokerStars and Full Tilt Poker, two brands they now own after purchasing the Rational Group last year, and this is a good way to go about it.

The current market is absolutely full of daily fantasy sports opportunities. ESPN, the largest sports-broadcasting television and media company, has an exclusive deal with DraftKings coming up any day now, and almost all major sports teams and leagues (even college leagues) have gotten in on the action. There's too much riding on it to become prohibited at this point, but regulation would help to prevent situations like this scandal from happening in the future, and that can only help the players.