Changes Are Happening to DFS and Amaya is Responding 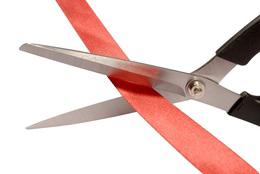 The daily fantasy sports market in the United States has absolutely exploded over the past couple of years, and the Amaya Gaming Group has gotten in on the action with their StarsDraft brand. Coming off of the legacy of PokerStars and the "bad actor" reputation that it gained, they were very careful about where they allowed their games to run on a state-by-state basis. Recently, multiple states have made determinations that the games are illegal by their own laws, and this has caused some of the competition to have to pull out.

How DFS is Changing

Nevada and Florida are two states that Amaya recently pulled out of due to such determinations. Nevada went so far to say that daily fantasy sports operators would need to get a license to operate, and Florida is looking at what they can do to regulate online gambling as a whole, so it's a tricky time there. Amaya has been very active about pulling out of states when they need to, and like they've learned from the online poker days of PokerStars, they want to avoid a bad actor label for the future.

Along these lines, they've had a pro-active approach. In fact, they went through a state-by-state analysis before launching in the United States, and they refused to offer their services in some states that the competition still runs in. This includes Michigan as an example. They're very serious about keeping solid relationships with each individual state, and that's why they're being hyper-cautious about this sort of thing.

On the other hand, the competition has been particularly aggressive. Thanks to the UIGEA carveout for fantasy sports, these sites have tried to run everywhere they can before being explicitly told that their operations are illegal. It's definitely the "money grab" portion of growth for the industry, but with the current scandal between DraftKings and FanDuel along with the increased demand for regulation, that could be slowing down sooner rather than later. We'll have to see what happens, but it looks like Amaya is taking the high road with StarsDraft right now in an attempt to get a larger long-term portion of the market share – a strong enough strategy.