Wizard Games, Pariplay Ltd’s in-house development studio, was born in November 2021. Shortly after official announcement on the launch, the inventive provider got the opportunity to present itself at multiple events in Malta, while April 2022 brought the company chance to exhibit on ICE London and introduce a wider audience with its future plans and enticing online casino games.

Greenlighted to operate in versatile corners of the world, the producer is already present in Europe and North America, delivering content to players from Michigan, West Virginia, Netherlands, Denmark, Greece, Portugal, and many more. Some of the most significant strategic partners the producer has so far penned the deal include Soft2Bet and NetBet.it, with many more to join. 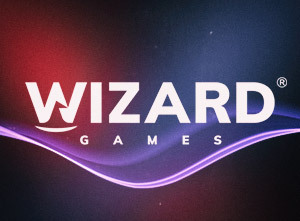 Knowing that online slots are the most favorite and most played category among punters, it doesn’t come as a surprise that this particular genre occupies the hugest portion of Wizard Games’ catalog.

Wanting to make its collection of digital one-armed bandits attractive to as many different profiles of consumers as possible, the studio seeks inspiration everywhere. Teddy’s Tavern and Wild Fortunes are games inspired by St Patrick’s Day, while Force of the Gods, Scrolls of Aphrodite, The Eye of Ra, Titan’s Riches, and Viking Glory rely on history, culture, and mythology.

It is widely known that sound and visual effects are significant components of slot machines, as they can make the gambling experience more memorable. That’s why every developer, including Wizard Games, puts lots of effort into delivering fantastic illustrations and captivating soundtracks.

These are just some of the highlights from the portfolio, but certainly more than enough to give a hint on how highly-diversified Wizard’s offer is.

Hand in hand with all sorts of themes are the powerful features, which spice up the atmosphere in every single story. For example, Jade King displays 3x3 Big Block Symbols which increase the payout potential. Fisherman’s Bounty Deluxe boasts 4 rewarding in-game jackpots as well as the chance to score up t0 1,000 the bet. Hula Magic has a Tiki pole meter which, when full, brings a massive Super Bonus Prize.

Adding more fire to the reels is the fluctuating RTP, which ranges from 87 % to 96%. Also, volatility spans from medium to very high, which, combined with a varying return to player percentage results in tons of action.

Moreover, games have language localization in more than 20 international languages, which is why they are instantly well-received in every jurisdiction they are distributed into. Needless to say, they are optimized to perform well across various types of devices, including mobile phones and tablets.

What Else Can Players Find in Wizard Games Portfolio?

Players who feel like exploring some other genres can also find something interesting in this Pariplay-powered studio’s catalog. There’s a whole range of categories in the lobby, so no consumer is left empty-handed.

Fans of table games can explore multiple variants of American and European Roulette, while those interested in learning how scratch cards and instant wins can check out titles such as Zodiac Fortune, Luxor Scratch, Cash Cuisine, Santa’s Workshop, and more. Finally, hot titles such as World Cup Keno and Rio Bingo are bound to capture the attention of those who prefer bingo and keno.