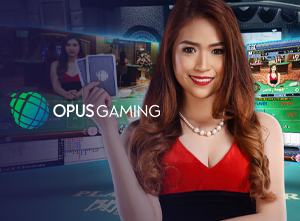 Founded in 2009, this brand has quickly gained the reputation of one of the most dynamic and fastest- expanding service providers in the iGaming industry. Within a span of a few years, the developer has become one of Asia's leading brands, earning the trust of many operators.

What can players find in Opus Gaming’s catalog?

Wanting to cater to the needs and demands of both live dealer games and sportsbook fans, the developer included both categories in its rapidly-growing catalog. One of the most prominent features found in their content is the multi-table interface, but there’s more.

Stay tuned to get to know Opus Gaming (OG), its mission and vision, and explore their collection of games!

Presenting itself as one of the most exciting live betting sites in Asia, Opus proudly displays some of the most popular live dealer games. What makes them particularly catchy is the fact that they come with multiple view modes, as well as a multi-table interface.

Here are the key features of the supplier’s live dealer collection of products:

As for the available releases…

…punters can find Baccarat, along with Live Squeeze Baccarat is the developer’s flagship product, and a variant extremely popular with Asian players. There’s also Live 7 Up Baccarat, a unique version in which the punter always starts with the first card equaling 7.

Furthermore, there is European Roulette as well as a multi-player one-to-many game variant of Blackjack. Available side bets include Mixed (6:1), Coloured (12:1), and Perfect Pairs (25:1).

Knowing that Sic Bo is also among the most played ones in this part of the world, the producer included it in its portfolio as well. As for the available bets, punters can place Big and Small, Total, Combination, Single, Double, and Triple bets.

Then, there’s Fish Prawn Crab, another dice game, and very similar to Sic Bo. The difference is in the following: this one uses dice with animals instead of numbers. Plus, there’s Dragon Tiger, which some players describe as a two-card version of Baccarat, or an Asian version of Casino War.

On top of all that…

…there’s Live Texas Hold’em, a variant where one competes against the dealer as well as Three Pictures, which is an odd version of Three Card Poker. Plus, there’s Live Lottery, which uses 27 balls numbered from 1-9 and comes with a generous spectrum of bets- Big / Small, Odd / Even, Pair, Triplet, Straight, and more.

With such a highly diversified assortment of products, it doesn’t come as a surprise that Opus Gaming gained popularity across the entire region. Numerous entertainment sites are utilizing its customized software, tailored to their individual needs- which is also a strong proof of their quality and adjustability.

Available on Windows, Android, and Apple devices, the studio’s cutting-edge platform dedicated to sports products bolsters 24/7 betting with live matches. In addition to the most competitive odds, it is equipped with the widest range of activities enhanced with real-time streaming of match statistics.

What is it that makes Opus Gaming’s platform different from the competitors?

First of all it has an impressively large range of betting markets and an improved selection of sports. Expressed in numbers, there are more than 10,000 live matches and 30,000 pre-matches on a monthly basis.

With 24/7 live betting actions and the best odds in the market, along with real-time statistics and live scores in full details, the provider offers a well-rounded experience.

…its sophisticated design and responsive Asian-style display contribute to its popularity in the region, satisfy the preferences of the most demanding clients.

To gain more visibility in this highly crowded industry, studios not only passionately work on more innovative solutions and more inventive games, but they join forces with other brands.

…the only possible outcome is more quality, more surprises, and above all- improved player experience. Opus Gaming is definitely not an exception, and it is aligned with several respected names.

May 2016 brought a prolific agreement with Habanero, a productive developer of digital one-armed bandits. As stated in the contract between two parties, Habanero will deliver its content to OG. Among the included releases, there are more than 60 slot games, as well as 10 video poker games, all available in both desktop and mobile versions.

…was signed in September 2019, when Opus joined forces with Pragmatic Play (PP). Under the terms of the partnership, the operators which cooperate with OG will have the opportunity to access to Pragmatic Play’s portfolio of HTML5 digital casino games for both computer and portable gadgets.

Are there Any Licenses?

One of the essential segments in the entertainment industry is player protection, and all brands which are part of it need to contribute to maintaining it safe and secure. Opus Gaming belongs to those who pay special attention to this, which is confirmed by several licenses.

…widely known as PAGCOR, this supplier values the importance of integrity and legality of gaming operations. Establishing a regulatory framework that preserves the integrity of the local gaming and entertainment industry is one of the major focuses of this organization.

Another valuable confirmation comes from iTechLabs, one of the leading accredited testing laboratories for online gaming worldwide. Among the numerous clients of this institution, one may find some of the largest companies in the industry.

…which is another solid proof of their efforts. Founded in 1993 Technical Systems Testing (TST) was bought by Gaming Laboratories International (GLI) in 2010. Unlike eCOGRA, TST also provides testing and certification for land-based casinos establishments as well as the Random Number Generator (RNG) and Payout Percentage certifications.