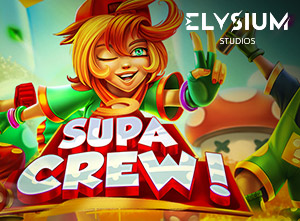 A year or so later, Elysium became a perspective brand with offices in Sweden, Malta, Bulgaria, and the Isle of Man.

The hard-working team from the four offices is focused on improving the safest technology which aims to bring a high platform value.

Thanks to the creative and innovative spirit of the Elysium employees, the company managed to create a platform that provides a fast and direct integration with aggregators and operators.

Since the merge with Maverick, Elysium integrated with nine aggregators.

As already mentioned, the brands' interest is to deliver secure and fast gaming, and that’s why they are currently using the latest generator RGS that fastens the time of content loading and connecting and running a mega-fast game deployment.

Considering that the Elysium crew just started its journey of producing video slots, there is not much to say about the game selection, because they don’t have any games at the moment.

The team in charge of producing gaming content is based in Sofia, Bulgaria. Devoted and with great experience, they are concentrated on making games with unique style.

At the moment of writing this review, the Bulgarian team is developing several games.

The first one to be launched is “SUPA CREW”, the debut game of the team from Sofia.

Judging by the promo video that appeared recently on the social networks, “SUPA CREW” will be a fun ride.

Classic 5x3 reels mechanism, very colorful, lively, with amazing graphics and animations, seems like a slot that will easily find its fans.

It has some trippy theme, thanks to happy-looking mushrooms in the back, and music that perfectly fits that funky idea. Mystery coin symbols, Supa Crew Brothers will be very helpful in triggering bonus features such as Multiplier and Mega Coin.

Is Elysium a Decent Competitor? 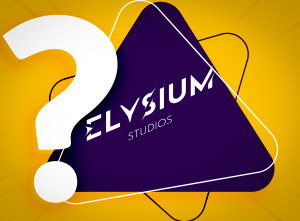 It’s too soon to make a comparison with other game developers from the industry because simply, we don’t have what to compare.

Elysium's gaming portfolio is still empty, but after watching the “SUPA CREW” promo, we can just say that it looks like Elysium will be a decent competitor in the race for the best-looking and trendy slot creations.

Furthermore, the Elysium team’s main focus till now was developing a secure and fast platform, and they managed to reach their goal successfully, which already describes them as devoted and persistent in fulfilling their business ideas.

“Our concept is unique and we invest a lot of time in our math model, graphics, and sound. For ELYSIUM it is important to bring something new, something different. By mixing gaming patterns and game mechanics from social, video, and casino gaming, we create unique games that will improve player retention, differentiate our games, and attract new players.”