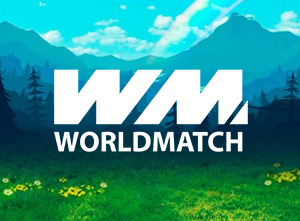 Italy-based WorldMatch can brag of a pretty loaded slot portfolio, which comes as no surprise given that this software developer is a true iGaming veteran. In the play since 2000, the company has had plenty of time to try its hand in different genres and figure out its own successful formula for making awesome spinning adventures. Let’s take a closer look at the secret ingredients that are so beloved by online casino patrons.

Bonus Features As Key To Success

While the brand obviously has opted for a standard 5x3 grid and usual pay lines, it doesn’t mean WM slots are humble and boringly predictable. Quite on the contrary, the range of featured special symbols and bonus games is so diverse that it can satisfy even the most demanding punters. From sought-after free spins to all conceivable and conceivable wilds – expanding, stacked, magic, scattered, with and without multipliers. You will be pressed really hard to find a slot made by WorldMatch that doesn’t offer the benefits of extra features since even the “simplest” stories are spiced up with at least one exciting add-on.

Speaking of the themes, the choice is not less ample providing for plenty of opportunities to travel in the past and the future, meet fire-breathing dragons and ridiculous creatures, visit once wealthy and prosperous ancient civilizations, or enjoy fascinating wildlife. For those of you who prefer tapping into the authentic Vegas atmosphere, WM has a solid offering of fruit releases filled with juicy flavors and chock full of lucky red sevens, golden bells, and other well-familiar items.

Just a heads up…

…if you are looking for a plain-vanilla 3-stepper, you are out of luck as this developer works only with 5-reel grids. A similar situation is with high volatility slots – WM doesn’t make them, giving preference to low- and medium-volatile releases that attract players looking for smaller yet more frequent wins.

With its standard 5x3 grid enhanced with 25 pay lines, Banana King may seem just an ordinary slot but believe us, it’s not. Not only because of its funny characters and engaging gameplay (free spins and Pick’em bonus included) but also because this amazing journey to the depths of the jungle constantly brings Jackpots to lucky players. The most impressive win of over €686,000 was hit in January 2019 at one of the Italian online casinos.

Banana King is not the only generous slot produced by WM. For instance, if you like spooky stories, safely check out a 15-line Night Vampire that pays both ways and brings hefty prizes to the bravest of the brave. Other games that were in the news for the same great reason are fantastic Disco Baby, spectacular The Pinquizz, as well as one-of-its-kind Farm Adventures.

If you believe that untold treasures of ancient Egypt are still hidden inside the magnificent pyramids, the thrilling Book Of Pharaoh can easily prove your theory. Equipped with an advantageous free spins feature that lets punters get up to 100 bonus rounds, this game came into the limelight when one lucky player hit almost €345,000 on his mobile device.