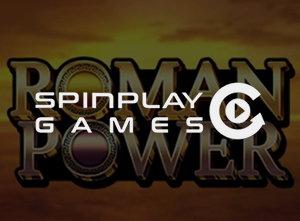 Joining the industry in 2019, SpinPlay instantly became recognized for its online slots with excellent math models. Their philosophy is very simple and revolves around making fun and interactive games that would level up player experience.

Each of the team members is extremely passionate about math and possesses extensive knowledge and experience from various branches. Their mission is to develop models which would show players a new dimension of content production that puts math models in the first place.

They certainly are, as they brought them milestone agreement with a widely respected gargantuan corporation. The brand in question is no other than Microgaming, whose aggregation platform welcomed this inventive gang to its network in 2020.

Let’s immerse in the studio’s catalog and take a closer look at their releases!

Exploring the Themes and Design

Having in mind how rapidly the trends change, it’s never easy for a new studio to find something that consumers will recognize it for. To stick with some proven successful themes everyone loves or venture into the unknown?

The truth is somewhere in the middle…

…and finding the balance between these two extremes is the way to go. That’s PRECISELY what we can see in SpinPlay’s slot games. Taking a look at the topics they use, you can spot all the beloved characters and settings that people are used to seeing in one-armed bandits.

Roman Power is a glorious homage to Roman Empire, while the Almighty Aztec tells the legend of Quetzalcoatl, the Aztec god of wind and wisdom. Diamond King Jackpots has a roaring lion as the central character, while Amazing Link Zeus pays tribute to the god of the sky in ancient Greek mythology.

…is meticulously designed and polished to perfection. That makes the characters look vivid and realistic. Thanks to cutting-edge animation and great soundtracks, each of the stories has an authentic and immersive atmosphere.

Those are the components a well-rounded release with catchy gameplay should have, SpinPlay’s products seem to be fulfilling all the criteria.

How Versatile are the Features?

Even from the debut title, it was more than clear that this team is ready to offer something different in terms of features. Packed with high volatility and a solid return to player percentage, the initial game brought Power Multipliers and Hero Wilds with max exposure of up to 4,000x.

…the provider incorporated Power Range, which covers the middle two positions on reels 2, 3, and 4. When a wild appears in that range, it grants a doubling multiplier. But, its powers go even beyond that, as it can trigger boosters of up to 5x wild multipliers. Plus, a jaw-dropping Jackpot of 5,000x the win.

Then, the Amazing Link is one more inventive, interactive element that can produce 5,000x the feature prize. This mighty combo of cash prizes, respins, and locked symbols implemented in the Zeus-themed game turned out to be a winning one.

Altogether, this studio seems like one of those which are eager to treat punters with something extraordinary. Hopefully this trend will continue with all the titles to come.