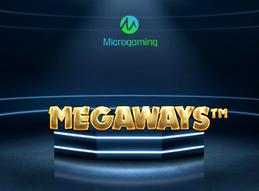 Microgaming has inked a deal with online casino gaming provider Big Time Gaming, under which the software company will implement the Megaways engine in a series of upcoming game launches. The provider will work with its gaming studios network to integrate Megaways into new games tailored for its platform. The first game to be premiered with the Megaways mechanic is Shamrock Holmes, expected to hit the market in January 2021.

Adjusting to the Rules

Also this week, Microgaming expressed support for Germany's gambling regulation and reaffirmed its commitment as a socially responsible company to provide players with a solution created to organize them for the new rules.

The new rules include a 5-second break between spins, a monthly deposit limit and a maximum bet limit, while all online gaming content will be delivered in German.

John Coleman, CEO at Microgaming, commented: “Megaways has had huge success and we’re excited to be integrating the mechanic into some of our future games. Big Time Gaming are proven innovators, and we are delighted to extend our relationship with them and grow their presence on our platform.”

Nik Robinson, CEO at Big Time Gaming, added: “We’re on a mission to bring the Megaways revolution to a bigger audience, and they don’t come much bigger than Microgaming. These guys were industry pioneers and today they remain one of the biggest forces in the gaming space. As ardent slots fans, we’re delighted to be contributing in a small way to the Microgaming story.”

Microgaming was founded in 1994 and is one of the largest gaming software providers around the globe. The brand is synonymous with the world of online slots and cutting-edge innovation in the market. Since casinos generally do not produce games themselves, it is very important to hire reputable gambling professionals.