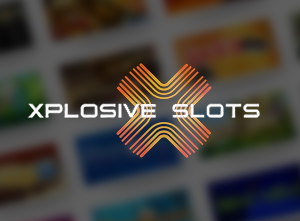 Xplosive slots are actually part of BlueOcean Gaming, though they are produced by an independent team. Much like many other gaming companies, it has become something of a trend for third-party teams and companies to work on the games, whereas the main company focuses on the rest of the iGaming business. That is the case here, and this is also why there is very little information available on the Xplosive team.

What we do know, is that the games started showing up around 2015. They have been dropping new titles at a steady pace, and the collection of slots are to stand on their own, eventually perhaps becoming a separate entity entirely. Read below on what kind of features, what sort of wins, and what sort of reel setups you can expect.

Take a look at the intriguing graphics

The style that comes with the Xplosive slots is pretty much similar across all titles. This is not surprising and is indeed the case with most other producers. The graphics are, without a doubt, great, but they are also somewhat peculiar. Sometimes the title pictures seem like they are hand-drawn, at other times the resolution seems a bit low. On the other hand, this makes the games perfect for mobile devices. The style is not too heavy either, and most games should load quite easily and fast.

Generally, the Xplosive slots do what most other companies do: low-value symbols are presented by the playing card ranks, whereas the high-value symbols are individually themed for each and every slot. You’ll find all sorts of themes serving as inspiration, with the team clearly having animals(cats, dinosaurs, fish, and so forth) in their heart.

Either paylines or 243 ways to win

The company seems to be using the above two payline configurations in most, if not all of their slots. The 243 ways to win comes into play when there are five reels with three symbols each. The wins in these games are calculated by simply adding up adjacent symbols. They don’t need to be on the same line, as there are no lines. Simply connect from one reel to the other(usually starting with the leftmost one).

If that is something that you don’t like, then you’ll be happy to hear that quite a few come with the usual ten or twenty paylines as well.

Bonus games with multipliers and other treats

Special features are a must these days, and Xplosive slots are no different. They don’t go the most innovative route, which is good as the sole idea of surprising players for the sake of surprise isn’t what slots are all about. Most of their slots come with the gamble feature as a standard. On top of this, the scatters active different numbers of bonus games, which usually come with an added feature or two. One of the favourites seems to be added multipliers as well as expanding wilds.

If you are looking for high volatility games that have wins big enough(no jackpots though) to justify the low hit rate, then explosive slots with their bonus games is always a safe bet. Take a look at the games and choose a theme that intrigues you!