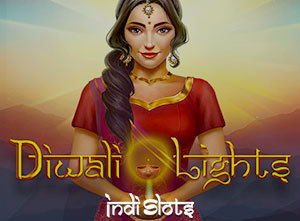 Unlike any other country, India is an incredible journey of fascinating history, awe-inspiring landscapes, and rich culture. One of the oldest civilizations, it amazes the rest of the world by a remarkable ability to fuse tradition with modernity and make innovative technologies to serve the purpose of promoting the values of its past and present.

Indi Slots, one of the up-and-coming software providers in the iGaming, does exactly the same thing – it brings the most interesting and important aspects of life in India to the gambling community across the globe. Just as the name of this game studio suggests, they are focused on one-armed bandits that offer vibrant colors and distinct flavors of this unique land located in Southern Asia.

The company is just at the beginning of its ride to the top and so far it’s introduced to the audience several titles, two of which, Premier League Cricket and Lord’s Balcony glorify the country’s deeply beloved sport. While the first release is all about glitz, glamour, and a cacophony of pop tunes inherent in the billion-dollar IPL (Indian Premier League), the second one is simply a great opportunity to learn all ins and outs of this frenzied entertainment both on and off the field.

Picnicking in flourishing greenery is not your cup of tea?

Well, how about Kabaddi – an exotic mix of wrestling and red rover? Even though mainly unknown outside South Asia, this ancient Indian sport is visceral, simple, and a lot of fun, actually, just as video slots themselves! No need to study complicated rules in order to enjoy both this spectacular contact sport and the same-named spinning adventure.

It’s almost impossible to find someone…

… who hasn’t heard of Bombay Cinema, the largest film industry on our planet. Once you want to find out more about the best actors and actresses, stunning winners of the Indian Film Academy Awards, do not hesitate to consult the reels of Bollywood Nights, a once-of-its-kind blend of drama, comedy, action, and generous prizes.

Thanks to Indi Slots, you also have a chance to plunge into the wondrous atmosphere of Diwali Lights full of bright colors, spectacular fireworks, and spicy delights. This mega-popular fest lasts for five days and gathers together millions of people celebrating the start of the Hindu New Year.

While the spectrum of themes is really diverse covering absolutely different spheres of life, the reel mechanic, math model, and bonus features are identical in all aforementioned games. Following the general scheme, five reels and three rows of a standard playfield are enhanced with 243 ways to strike lucky – all you need to win is to land between three and five matching symbols on adjacent reels, from left to right, of course.

Driven by medium-to-high volatility, these slots have two special icons, which are also in charge of all benefits hidden inside the gripping gameplay. First of all, a wild symbol can not only replace all regular items but also appear stacked on reels 3, 4, and 5 in order to complete as many triumphant combinations as possible and deliver even higher prizes. A scatter, in its turn, pays at any position and serves to activate free spins. In addition to that, all titles offer an exciting random Wild Event feature that makes wild up to two reels and awards a guaranteed win.