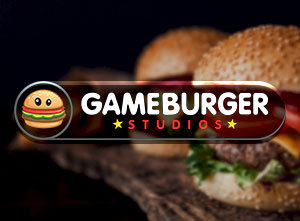 What can we expect from the studio that combines the best of two worlds in its name – burgers and games? Well, Gameburger Studios slots are just as juicy and memorable as the provider’s name.

With years of combined experience in the gaming industry, the team is dedicated to producing innovative slots, bursting with creativity and interesting features that enrich the gameplay. Since the company was established in 2019, the provider doesn’t yet have a long list of releases. But those in its portfolio can stand shoulder to shoulder with the slots by the veterans of the industry.

Speaking of the industry’s veterans...
…the studio is in collaboration with one of the most renowned leading providers. The king of slots itself – Microgaming. Due to the partnership agreement, the brand is supplying casino content to the provider on an exclusive basis.

Working under the wing of the software giant...
…is a privilege that only excellent independent studios get. Due to its potential, this studio has joined its elite list of cooperating providers such as Neon Valley, Triple Edge, Slingshot, and Pulse 8, just to name a few.

Let’s see what makes slots of this studio so special that they have attracted the attention of one of the most renowned names in the industry... 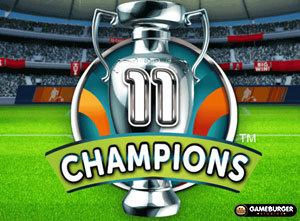 Break Da Bank is one of Microgaming’s greatest hits. As the jewel of its portfolio, the provider has decided to make the most of it, so many versions of the games were released.

Gameburger had the honor to be a part of the classic slot’s revival and construct a sort of a sequel of the game – Break Da Bank Again. Once the remake was launched on the provider’s extensive network and became the instant hit, the studio was recognized as a rising star of the industry.

At first sight...
…players won’t notice many differences. Although little more polished, the symbols are the same and recognizable, as well as the main gameplay, wild multipliers and extra spins round. By staying true to the original, the studio used its best features that have attracted the punters the first time around.

Still...
…the high level of volatility is increased by the notch, and the graphics is enchased even further. Of course, the game is fully optimized for all mobile devices since it’s made via HTML5 technology. This enables fast and interrupted gameplay across all Windows, iOS and Android gadgets.

But the biggest difference is...
...the addition of respins. Added respin mechanism isn’t groundbreaking, but it does increase the overall playing experience significantly.

The end result is a classic with all the features that players are counting on, plus respins and modernized technical elements. As the studio has managed to recreate the same engaging gameplay and adapt it to the standards of the new age, it's no wonder why this slot was an instant success.

For now, the studio is dedicated towards creating slots. No table games or live dealer releases on the horizon, but we’ll see what the future will bring.

As for its slot portfolio, at the moment it includes following releases:

It might sound like a small portfolio, but let’s not forget that the company launched in 2019. All of these releases are created in a year, which is impressive.

What’s more impressive...
…is that all of these releases are featuring different themes, showing the range and innovation of the studio. The stunning design, superb graphics, thrilling gameplay and abundance of special features are the elements that these slots have in common.

Stack symbols, wilds and escalating scatters, extra spins, respins, multipliers, and even jackpots spread around the portfolio. From the jungle quests to the world behind the closed doors of the Playboy mansion, the studios create the alluring visuals that make every theme alive and vibrant.

If you haven’t already, you should consider trying out Gameburger Studios slots. Whatever you choose, we believe it will be worthy of your time due to their exciting features.