Eyecon was founded in 1997 as a computer game company. Only two years later they moved into casino gaming, producing not only slots but the whole backend of products needed for running online casinos. The company is part of the old guard, even if it took them a while to move from Australia to the wider markets.

Their games offer quite a distinctive style. Even if not all of their games are instant hits, there are more than a few that have remained player favourites throughout the years. 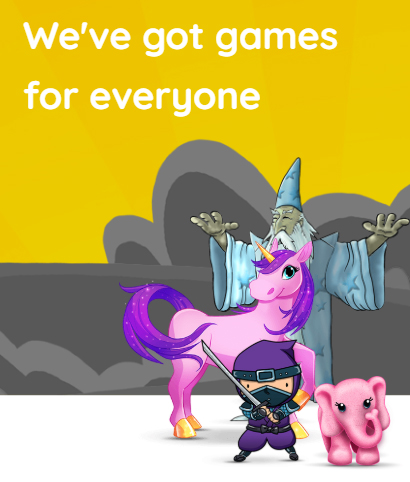 The fluffy series is, without a doubt, one of their most successful games. These games are somewhat controversial, at least for some jurisdictions, due to the cartoonish graphics. On the other hand, it is quite clear that the games are aimed at adults and not children, as is evident from the many licenses and the long history the company has. The truth is that these slots offer colourful graphics and a soft palette that make them stand out amongst the competition.

...and plenty of other stuff to continue with

Though the series is the most popular, the company also offers plenty of other themes with their games. The one notable difference to most other gaming companies is that Eyecon doesn’t really offer slots with historical themes.

This is quite welcome, as it allows them to concentrate on source material that is not used so much by other developers. Of course, you can still find plenty of games inspired by popular myths or stories amongst their catalogue of slots.

From Australia to worldwide fame

It took quite a while for the company to move from the Australian markets to the worldwide ones. This is probably because they concentrated on their own casinos and products, perfecting them before moving on. The company also offers bingo games, though these are somewhat hard to find.

Today the company has licenses from all the important European jurisdictions: Malta, Gibraltar, Sweden, Alderney and the UK. It is quite a feature to land all of these, especially for a gaming company. This is also why we are expecting the company to quickly spread their games for wider markets, especially through their white label partners.

A few words about common features

Most, if not all, Eyecon slots trust in the standard 5x3 reel setup. They do spice it up occasionally with different payline setup, though here too you are usually looking at twenty or so paylines.

The same standardization applies to special features. Bonus games, multipliers, wilds, scatters, instant wins, re-spins, and random prizes are what you will find in their slots. There are usually two or three per game, which means that the available prizes are not diluted through too many features.

There are plenty of variations and themes, including games that break the mold in one way or another. Big wins, medium wins, and small wins are all there as long as you find the right game. Check out our suggested casinos and games!