Daub is an old-school producer, or at least was. They used to run quite an extensive and popular ring of online bingo sites, before selling their holdings to another company. After a brief break, the company re-emerged, continued with their bingo and scratch card selections, and adding online slots to the mix. Besides building games, they have an experienced staff that also helps other companies via their white label solutions.

The company holds a license from Alderney and UK Gambling Commission. 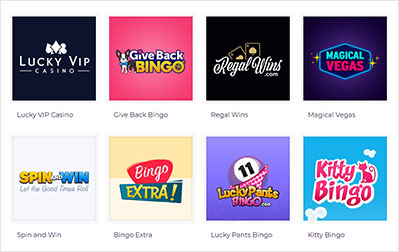 Daub runs some of their own casinos, and you will find a host of slots from a variety of developers there. It is thus a bit surprising that most of their own slots are rather basic. One would have expected them to have picked up a ton of influences from all over the place. Instead, usually, Daub slots follow the default template to the letter.

This is not necessarily a bad thing. They know what they do best, and given their experience, they certainly know what kind of slots players like. Why then not do the kind of games that people like to play the most.

The common characteristic of Daub slots

One thing that all Daub slots seem to share is the reel setup. So far, they all seem to come with the standard five reels with three symbols each. The paylines likewise are pretty much set at 25 for each and every title. Betting usually starts from 0.01 coins per spin. The basic wins tend to be...well, basic, with most of the worthwhile prizes dished out via bonus features.

Progressive jackpots, bonus games, multipliers, wilds, scatters and instant wins. These are nothing new to anyone who has ever played slots. That is not to say the company isn’t innovative, as these are the same feature that most other producers offer as well. There is usually a good mix of features on any single slot, though some offer more wins through them(jackpots) and some less(bonus rounds).

What about the themes?

The themes are quite varied, drawing inspiration from Grease(two games actually) as much as from cartoon characters. The latter is not fitting for all markets, but luckily there are enough titles to give plenty of games to choose from. In general, the themes are quite light and colorful. Their latest games have improved quite a lot from their first ones, and are on par with most other producers when it comes to graphics and such. One thing worth noting is that the company doesn’t really dabble in historical themes.

Take a look for yourself, and you will find some slots worth playing and others that are not so interesting. The strength of Daub lies in their multitude of scratch cards, bingo games, and slots. If you like all three, then you are in good company. Pick your casino and get on with the gaming!