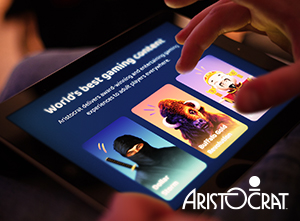 Aristocrat has been a household name in slot production ever since it was first established in 1953. So much so, that the original founder Les Ainsworth is also responsible for founding another popular Australian gaming company, Ainsworth Game Technology. As you can imagine, back in those days online gambling was just a distant dream, and as such the company has mostly been active in the space of land-based casino gaming and leisure activities.

The larger company is in fact not just about online slots. Called Aristocrat Leisure, they function in the whole vertical that is casino gaming and electronic gambling. Yet, their slot machines remain the largest single product, available in pretty much all gaming jurisdictions found on Earth. As you can imagine, such prosperous history has made it somewhat difficult to answer the challenges of modern online gaming. The company has taken itself to rule over this domain too, with some interesting results that we are going to take a look at below. 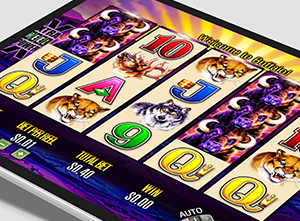 A leisure look at Aristocrat online slots could draw some pretty straightforward conclusions. These are games that primarily draw from the standard setup, trusting on the good old days of slot terminals in online casinos, kiosks and whatnot. Whilst that might have been a correct conclusion some years ago, the truth is that the company has been paying more and more attention to what they offer in the online space, and with some pretty good success. This is no big surprise, as land-based casinos are becoming closer and closer with online casino gaming.

Games like Dollar Storm, Buffalo Gold Revolution, and Choy’s Kingdom are pretty obvious examples of a new line of games that are designed to charm audiences all over. Still, the main audience for these games is on casino floors, rather than on mobile and other computer devices. We hope this also means we’ll see more casino promotions for these games in the future.

You can expect a lot of Australian animals on the lines, in addition to fauna from all the other parts of the world. To that, you can add some magical dragons spread through dozens of slots, and even branded games like Dumb & Dumber, Zorro, Britney Spears, Game of Thrones and Sons of Anarchy. The branded online slots are actually a surprisingly massive part of the selection, but once you realise that these games are probably available in almost all major casinos, online and offline, it does make sense.

But what really stands out are their takes on history and myths with slots like Queen of the Nile II, Choy Sun Doa, and Pompeii. Some of these titles are a decade old, so you can be sure that they really have something spectacular going on to remain in the limelight for so long.

Excited to experience the latest features? Some wild reel arrangements? Other surprising and entertaining aspects of modern online slots? That’s not really what Aristocrat slots are all about. Like the name implies, they stick a bit more moderate view of high-class gaming. That is scatters and wilds, sometimes bonus spins, and in a few cases those very bonus spins might come with some additional modifiers.

If that is really it for specials…

…you might as well just enjoy the classics. That’s what the company is good with. But you do get your hands on some games that go a bit further than this. For example by ditching the paylines for 243 or 1024 ways to win, like in Buffalo Grand. Or using two sets of reels like in Dream Rose. They even have something called Hold & Spin that they’ve started implementing in the latest game. Though progressive jackpots are not really part of the selection, at least yet, there are several slots with fixed jackpots. The most popular of these is Lightning Link.

Keep an Eye on the Graphics

Lack of features, when compared to the more recent gaming studios at least, isn’t going to stop anyone from enjoying these online slots. But something that might stand in the way for some players are the graphics. This is really something that the company is working hard with, but that doesn’t change the fact that the style and detail isn’t quite on par with what we’ve come to expect. The same goes for sound effects. This is also partly because the games are still mostly designed with video terminals in mind, and most of those still rely a lot on a certain look and style that the company has mastered. If it is to your liking, you’re sure to come back to these games time and time again.