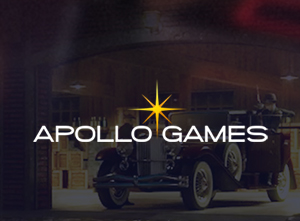 There’s no doubt about the fact that Apollo Games is primarily a land-based slot developer. They are based in Malta and hold all the necessary licences and certificates to operate in the country, as well as in European and African markets. Though they are not the biggest producer, they have managed to garner quite a good following since starting production in 2007.

When the company moved into the online space it made a significant change, bringing its whole operation into a more modern setting, as well as rebranding as Apollo Soft. In this area, the selection of online slots is steadily increasing. The games are perhaps not entirely mobile-optimised, though obviously, they do work on all devices. Often the screen size is more fit for bigger devices, due to the origin of games being in land-based terminals.

The style is without a doubt very colourful, combined with some influences from comics and animations. It’s definitely top of the line, with a unique set of symbols available for each game. When it comes to themes you’ve got some avian influences in Birds Slot, action in Gangster World, a bit of classic stuff going on in Bonus Joker II, and some gems in Crystal Miners. Overall, Apollo Games trusts in popular and trusted themes, though you will find some surprises in the mix like the vampires of Blood. 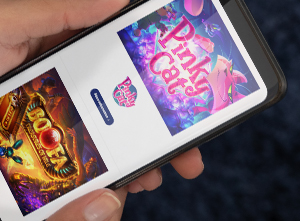 The problem with land-based providers is that they aren’t often quite in touch with what the latest developments are in online slots. This is especially true with online slots. Exceptions exist, and of course, the traditional bonus spins and other similar setups are always welcome by themselves too. Taking this into consideration, how does Apollo Games fare?

Well, if you take for example Pandora the slot only comes with a gamble feature, mystery win symbols, and chained wilds. Mad Mechanic Deluxe goes a bit further, adding multipliers for the wilds and bonus spins via scatters, and Horus Eye adds in mixers, more functions for wilds, multipliers and respins. As you attest, this isn’t the most experimental set, with most wins simply delivered via the paytable as it is.

You can probably extrapolate from everything so far that the company doesn’t really go all that experimental. But surprisingly enough, you can find a game here and there that doesn't use normal paylines, instead opting for 243 ways to win or something similar. Still, by far the most popular setup for Apollo Games is five reels of three symbols each, and from ten to twenty paylines crossing the set. In a sense, it’s very classic casino gaming, though in quite a modern setting. And of course, this all means that the basic wins from the paytable can be quite massive. You just need to hit those five symbol combos to cash out. If you’re not in the mood for something too adventurous, why not give these slots a try?