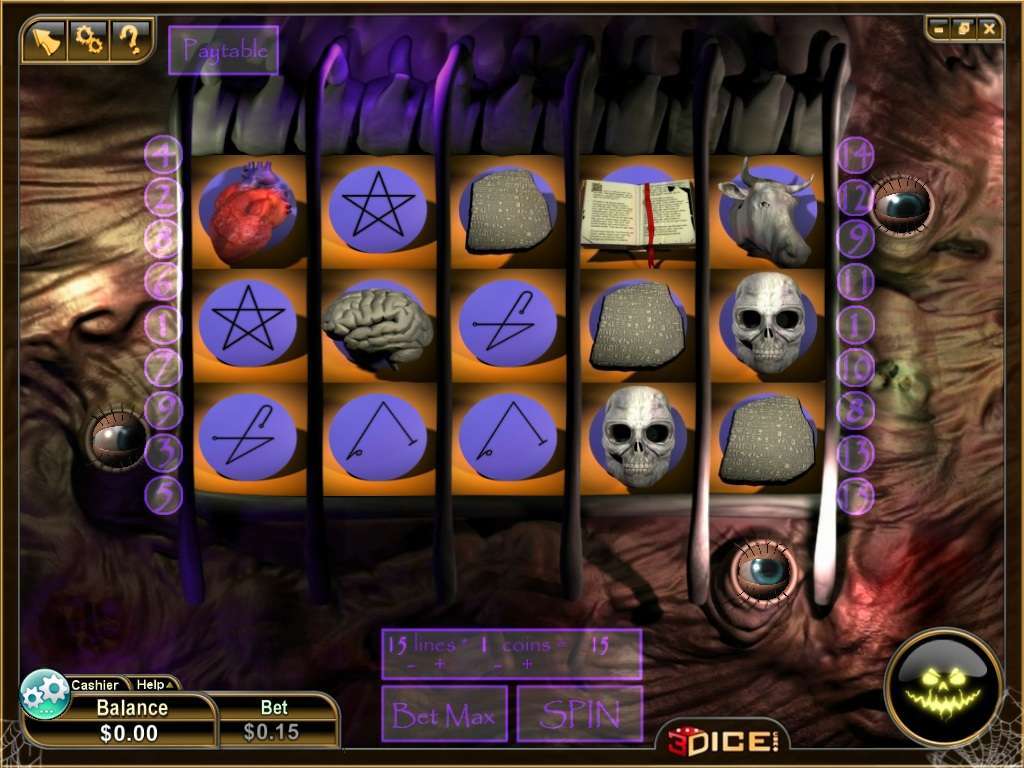 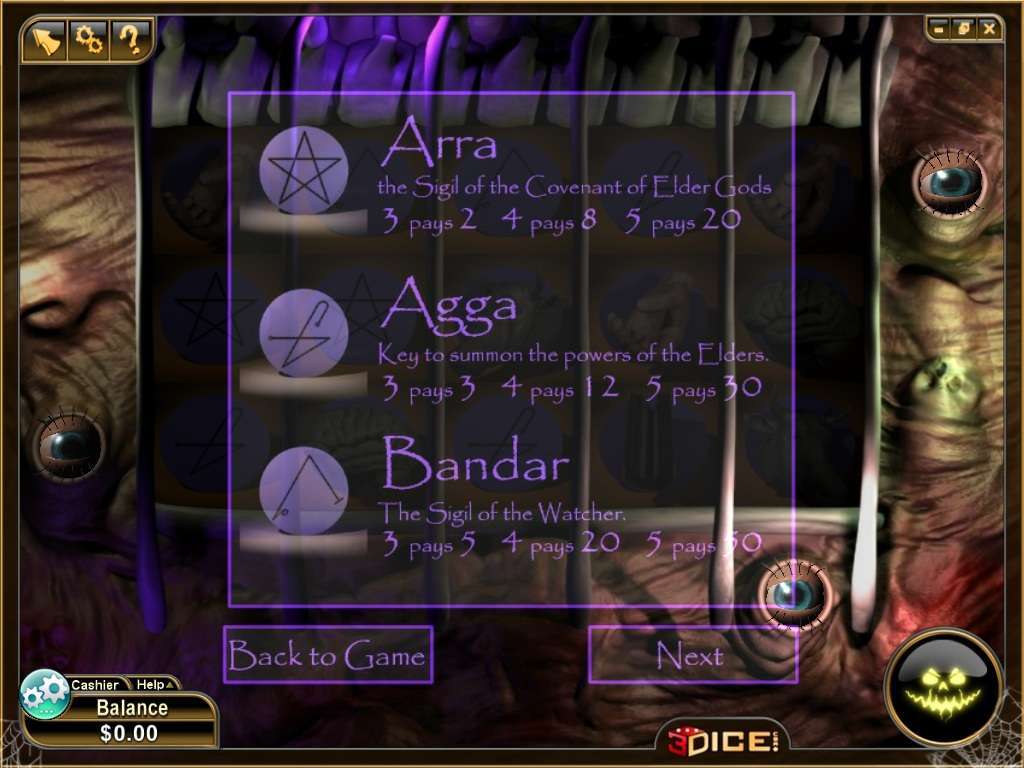 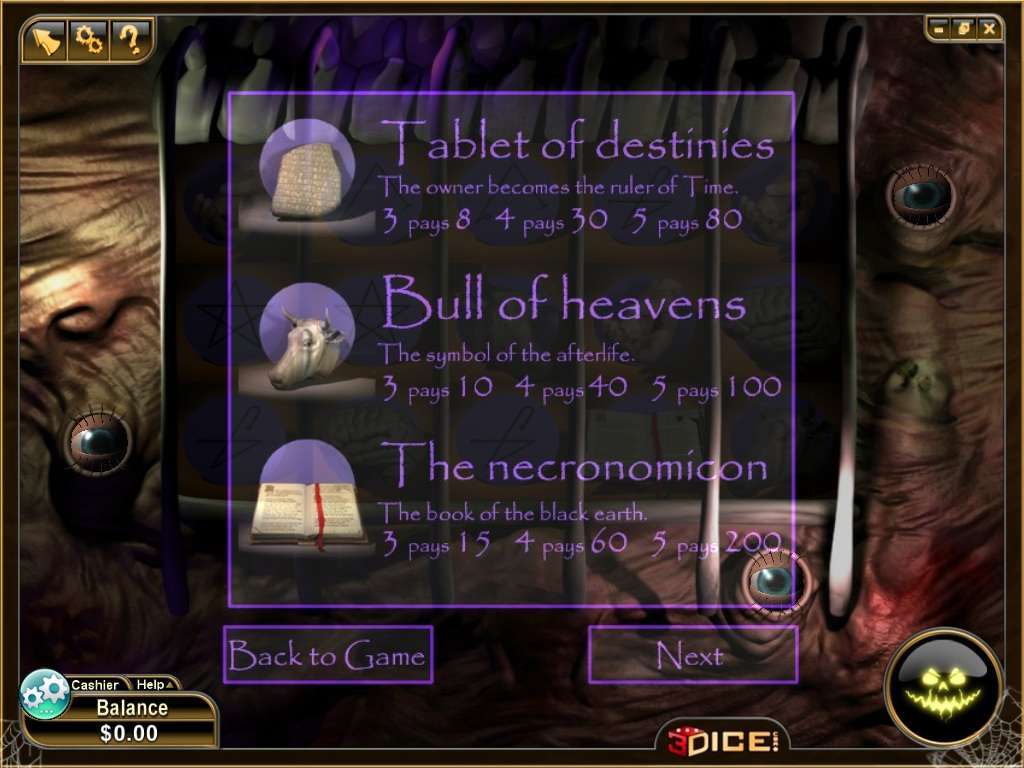 Slotronomicon slots are a 5-reel, 15-payline slot filled with multipliers, wilds, free spins, a jackpot worth up to 2,000 coins, and lots of creepy blinking eyes. Slotronomicon slot, a living, breathing, video slot machine, is a darker way to play a game; brought into this world by 3Dice Casino.

Each coin is valued at one cent, and you can play multiple coins per line. Wagers range from $.15 to $3.00 or more, depending one your real money status.

Play starts from the left for all symbols, except for the scatter, which plays anywhere it wants to. Three similar symbols on a payline are required in order to win.

Also helpful-accepting everything that’s just plain weird about this game.

The heart of Slotronomicon slots free spins is still beating, and in this case it needs to beat three separate, simultaneous times on Reels 1, 3, and 5.

Three Human Hearts will trigger the Free Spin Mode, a seemingly endless round of free games. In fact, the only way to stop the free spins is if the reels stop with three Black Hearts (Human Heart symbols turn into Black Hearts during free spins, so expect them only on Reels 1, 3, and 5). Multipliers may come into play via the wilds.

Slotronomicon slot is not one of the strongest or most entertaining of 3Dice Casino’s video slots, but it is certainly the most creative and strange.

If you’re looking for something different, you’ll have plenty of eyes to gaze into at Slotronomicon slots. 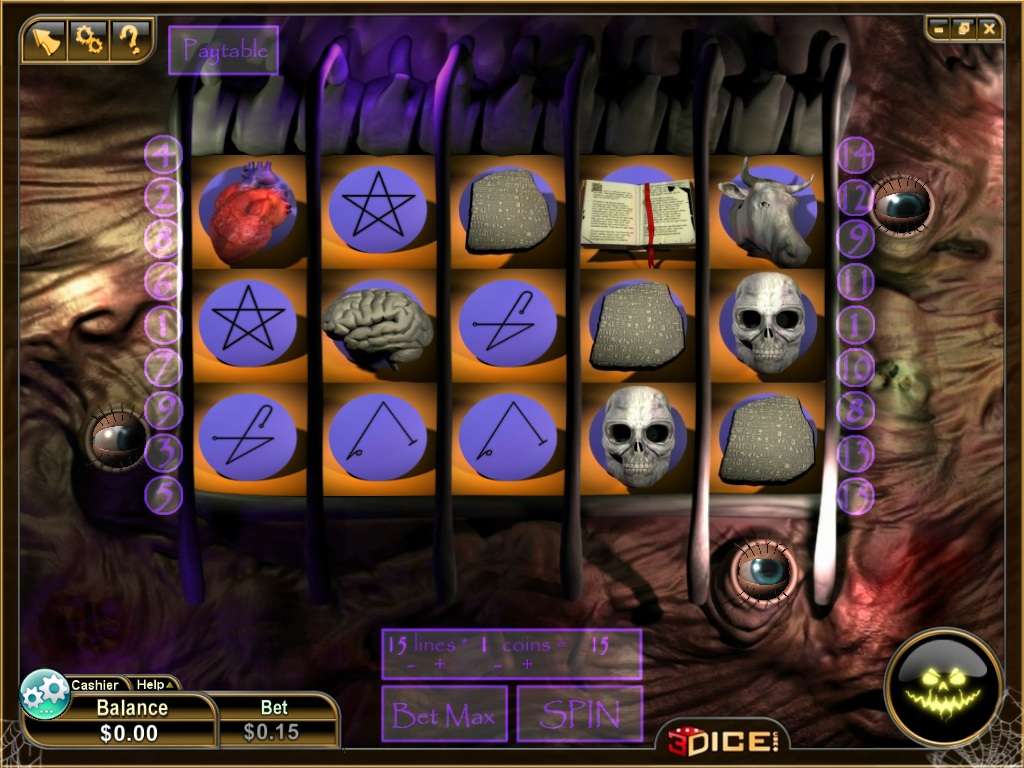