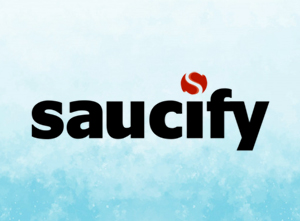 Even beginners in online gambling have probably stumble upon at least one exciting release by this brand, formerly known as BetOnSoft. Saucify slots have been around for some time and have become quite popular.

The company was fully rebranded in July 2014...
…but it is on the iGaming market since 2006. This makes this provider one of the industry’s veterans, with an experienced team of professionals aiming to make slot games that players will love.

Since its rebranding to this day, the supplier has created a large range of slots, as well as some table variants, keno and scratch cards. Some might say that its titles are on the plain side due to simple graphics and basic bonus rounds, but there are some real gems in the mix too.

Wanna know what those slots are?

Then just keep reading as we’ll introduce you to the product line of this developer.

Slots by this provider are covering everything from classic 3-reelers to innovative 3D releases. However, the gameplays are quite simple. Innovations come in a form of theme selection and ways that existing technology is used rather than through new game mechanics or original bonus rounds.

That said...
…the brand did manage to bring some novelty to the table by creating the Spins16 feature, released in February 2017. It did spice things up for avid players as this round provides the ability to choose the direction of reel spinning.

With this feature, punters could for the first time opt to spin up or down, right to left, or left to right - for up to 16 different ways. Simply swipe in the desired direction, and reels will spin this way.

Whenever you spin the reel in a chosen direction, a large yellow multiplier chaser will appear. It will spin around the reels until it finally randomly stops at one. This action can get make your wins multiplied by up to 10x!

How much the win will be multiplied depends on the position where a chaser stops:

This innovative feature has changed the course of the slot gameplay. Since its launch, the brand has modified a few of its older titles by adding this feature and also launched new ones with Spins 16 option.

Slots with this mechanics include:

The Most Popular Saucify Slots

Despite simple gameplay in most of its releases, the provider has several titles that do stand out from the crowd. Some of them belong in the category of classic, more plain games, but are at the top of that chart.

Such as Stones and Bones slot that is very popular amongst players despite its simplicity. It is quite an entertaining release with funny cartoon design and comical, yet superb animation effects. Features 30 paylines over a typical 3x5 layout, an extra spins round and a picking mini-game, as well as a nice RTP of 96.10%.

Those who prefer titles with more paylines should check out Quarterback with 243 ways to win. Besides a real TV sports commentator, the gameplay is enriched with 5 bonus games, stacked wilds, and 3 different jackpots. Add to that a nice winning potential and you will get the idea why this football-themed game is a common choice amongst slot lovers.

Another impressive title is Age of Spartans. It is one of the developer’s older releases, but the one that remained a hit for a long time.

As mentioned...
...the release was relaunched with innovative Spin16 mechanics, making it even more interesting to users. Design and graphics are following the theme to the teeth, reviving the epic battle between King Leonidas and King Xerxes once again. There is also an extra spins round, wild symbols and a maximum prize of up to $12,500.00.

Other mentionable releases by Saucify include:

Should You Give Saucify Slots A Try?

While the simplicity is a core of the provider’s slots, it isn’t a bad characteristic. Quite the contrary, it might be the element that makes them so popular. Without too many distractions, players can focus on the gameplay itself.

Even the titles with multiple special features have excellent, yet tone downed graphics. It seems like the balance is the key to the developer’s slot making process, and it paid off greatly considering the popularity of most of its titles.

Although it has implemented just one major innovation...
…the supplier did make it into slots history, as Spins16 is truly a revolutionary feature in iGaming. Speaking of features, all of its games come with at least an extra spins round, even the more classic ones.

All in all...
…Saucify slots might look plain at first glance, but do have something special that makes them quite engaging. We enjoyed trying them out and think that many players will love them also. Since demo versions of the supplier’s games are available, it will be best to check them out and see for yourself are they fit into your preferences.