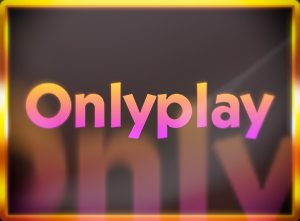 Established in 2007, Onlyplay quickly became recognized for its immersive instant wins and online slot games. Knowing that players are always looking for innovations and more action, the provider is putting all the efforts to deliver something new, by experimenting with genres and formats.

In addition to crypto-friendly games, the studio manufactures versatile solutions, among which the RNG platform with multiple certifications is the most prominent one. Crafted in HTML5 technology, and optimized for numerous international languages, their games are bound to conquer even the most demanding consumers.

So far, the studio joined forces with a wide array of respectable names from the industry. Some of the business associates of Onlyplay are SoftSwiss, Kalamba Games, EveryMatrix, Salsa Technology, Tom Horn Gaming, and more.

Wanting to make its products appealing to a wide range of consumers, the suppliers seek inspiration everywhere, and this studio is no exception. One of the slot games from its catalog, Lucky Punch Exclusive, pays homage to Conor McGregor, a world boxing star. Developed exclusively for Parimatch, it gives punters the chance to compete against versatile opponents.

There are also achievements featuring Joker and all-time favorite fruit symbols, such as Joker Coins, Joker Coins X-Mass, Jack Poter X-mass, Hot & Spicy Jackpot, Fruity Book, and more. Furthermore, a couple of releases draw inspiration from wealthy cultures of Egypt and China, such as Book of Bamboo, Book of Eye, and Myths of Bastet.

When it comes to features, players can find extra spins, multipliers, and wilds but other action-filled elements as well. There’s Chilly Multiplier, which multiplies the winning combos and respins for additional win opportunities. Plus, some of the games host up to five jackpots (Minor, Mini, Major, Mega, and Grand).

Limbo Cat allows punters to make two bets simultaneously, while one Egypt-themed game has a Progress Bar, which, when full, gives players access to Bonus Game.

Thinking outside the box is something all content suppliers should strive to, and Onlyplay belongs to such studios. Aside from well-known formats, the provider also offers games that represent the combination of multiple genres.

For example, Lucky Punch Exclusive, Myths of Bastet, and Jungle Gold are slottery, which, as the name hints is a category that represents the mix of slots and lottery. F777 Fighter and Limbo Cat are crash games with X multiplier. The Thimbles is a dice game that has four distinctive characters. There are a couple of instant win lotteries and video slots.

All the games are developed in HTML5 technology, which ensures unparalleled experience on the go. The vast majority of releases are available in both landscape and portrait format. In terms of RTP, the percentage varies between 95% to 98% (in some bonus modes), while the volatility spans from lower to high.

Also, the products support a wide range of cryptocurrencies and have optimization in multiple international languages. Moreover, the RNG has been evaluated and certified as compliant with the relevant standards by iTech Labs in UK and Malta, as well as by BMM Testlabs in Malta.