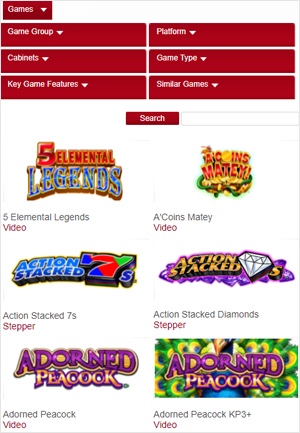 Konami is a legendary company for anyone who is interested in video games. The company began as a jukebox repair company, and with time expanded to cover everything related electronics. They have produced some truly amazing video terminals, arcade games, and lately slots. Though their main areas of interest remain elsewhere, their slots have managed to spread throughout the world. By no means is this just a side-hustle for the larger company.

The company has been operational for well over fifty years.

With all their experience from different parts of the industry combined they are without a doubt expert in making slots. However, for the longest time, the company has only been interested in making land-based slots. These terminal games are extremely popular in the USA. Lately, they have entered the online domain. First with their classic slots, and lately with a bit more modern look.

Traditional games are the top of the list when it comes to Konami. This is a throwback to their classic selection of games. What you find with these games is a mix of different paylines, but always with paylines. There are no megaways or other such gimmicks in use. The volatility is usually set high, and the possible prizes are likewise on the high end.

When it comes to terminals you also are usually stuck with bonus games, wilds and scatters when it comes to special features. In other words, even the special features trust in the basic wins. The graphics tend to be a collection of playing card ranks and themed symbols. Overall, the quality is not up to the latest standard, but they’ll do for anyone who isn’t too much after eye-candy.

...there are modern slots coming your way

With it’s latest releases the company has chosen to go quite a different way. The graphics have received a facelift, though the traditional playing card ranks are also still in use. There are some new animations added, and the sound effects have been brought to par with other modern slot producers. The look and feel is completely different when compared to the older productions.

The biggest change is in the special features. It’s not just bonus games and wilds this time around. There are reels with special functions, multipliers that come into play during normal and bonus games, and even the occasional jackpot (though none seem to be progressive jackpots).

The company also dabbles in social gaming, which in this case means that the games tend to be available through platforms like app shops, Facebook and other mediums. You can play the same games here in demo mode as well. The important part about this is the fact, that the said platforms are often aimed at mobile users. This adds the final piece to the puzzle when it comes to modern gaming. Try the games, you’ll be surprised!