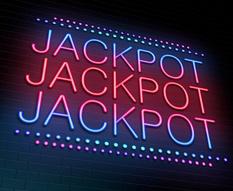 The Mega Moolah progressive jackpot hit not that long ago and broke its own record with a payout worth £13,213,838.68. This £13.2 million payout was the largest win on Mega Moolah ever, but as it turns out, it's also the largest win ever. This is the equivalent of €17.9 million, and that breaks the previous jackpot that was held by Net Entertainment's Mega Fortune online slot. Both games are the top jackpots for their respective software providers.

The Mega Moolah slot uses five reels and three reels with an African safari theme. It has four different progressive jackpots. The Mega is what this most recent winner triggered, and it starts at $1 million. The Major seeds at $10,000, the Minor starts at $100, and the Mini begins at the $10 level. The lower jackpots are won the most often, and the largest jackpot tends to hit about once every three months, on average, for a payout of about $4 million.

This game has 25 paylines and a very high volatility. Even though everything pretty much centers around the jackpots for this game, there is still a free spins bonus feature that gives you a chance to pick up 15 free turns with a 3x multiplier on all of those free spins. What's more is that they can be re-triggered, so you don't miss out on that value. The jackpots themselves are randomly triggered, and no particular winning combination is required to win them. This has made more than one lucky player jump out of their seat at being surprised they've won such a large amount of money.

The Battle of the Progressives

Net Entertainment has held the progressive title for a while, and it's going to be interesting to see how they react to losing the World Record position. While there's not a lot they can do about it, it definitely could become a point of contention for friendly competition between the two software brands. For the time being, nothing has really been said by them on the subject so far, but they tend to react with action instead of talk, so they could have something waiting up their sleeves.