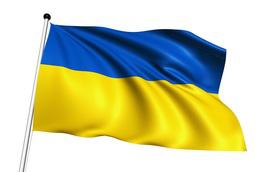 The online gambling industry is interesting in that it's regulated in completely different ways in virtually every country on the planet. Ukraine has recently been working on legislation that would see them open up and regulate the industry as well, and the first indication is that the licensing fees and costs for doing business will be rather high. This is typically a bad thing for a jurisdiction for a variety of reasons.

As is typical, the main call for regulating the industry seems to be coming from the Ministry of Finance. The idea is that Ukraine can raise funds from the regulation of this industry, and a government will typically do anything reasonable to raise taxes. The Ministry of Finance wants to have a national regulator for the industry, which will naturally be under their full control. They've suggested a number of requirements for the regulation of online gambling operators, and it looks like they're a bit out of touch with how the industry works in today's times.

The list of suggested requirements starts with the requirement that operators be based in Ukraine. This is more or less ridiculous considering how international the best operators are. Additionally, operators will be taxed at a rate of 20 percent, which is above average, and they'll have to pay an annual licensing cost of a whooping €1.5 million. It's worth noting that this is 150 percent more than the highest fees that can be levied for a land-based casino operation, and that fact hasn't gone ignored by industry figureheads who think these costs are entirely out of line.

The Results of These Rules

While nothing has been finalized as of yet, these rules could have an equivalent effect of the UIGEA in the United States that effectively strangled the online gambling industry without directly making it illegal. It'll be interesting to see how top operators, especially software companies like Net Entertainment deal with these regulations, or if they just decide to ignore Ukraine completely until conditions become more favorable. At this point, it would be difficult to blame them, but the proposed regulations still have a bit of time to be modified before they are passed and made into law.