Third Millionaire in a Month Created by NetEnt 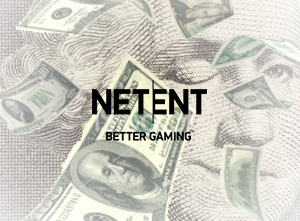 Some pretty incredible payouts have come in the past month thanks to the selection of progressive slots that Net Entertainment has to offer. What's so incredible is that all three major wins came on different games, and while that shows that their game selection is impressive in the general sense, it also shows that you could win at any time on their selection of life-changing, progressive titles.

About the Three Wins

The latest of the wins came from a lucky player from Finland who picked up around €2.75 million playing the mobile version of Hall of Gods. This player will also win another €350,000 thanks to the Mega Million promotion that's going on right now for NetEnt, which has players who win progressive jackpots on certain games getting extra bonus prizes piled onto their wins. It's a good thing to see players winning, but it's even better when they win more than they would have otherwise thanks to a big promotion like this one.

Another payout came on Mega Fortune Dreams, and it was worth €4.25 million. Finally, their Arabian Nights progressive jackpot hit when it was at the €1.4 million level. All three of these payouts have obviously changed the lives of the players who won them in a very serious way, and it goes to show that players who are looking for progressive wins should really consider playing with their slots regardless of what kind of preferences they have because there's something available for everyone in the NetEnt slots portfolio, even if they're only looking for progressive games.

Net Entertainment is widely considered to be one of the overall best slot providers in the industry, and they have the awards and recognition to prove it. Their games are of a particularly high quality, but they also have a lot of them, and this includes progressive slots as well. As you can see from the wins that we have described above, they have plenty to offer for players who want chances to win big, and that's been one of their biggest selling points for quite a while since big jackpots are what bring players in more than almost anything else.