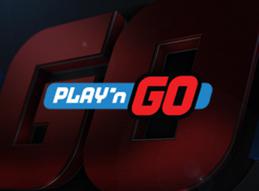 The Multiloteri MLT platform is designed to give players a large degree of control over how they play in land-based facilities. In short, the platform allows players to sit anywhere in or near a retail location and enjoy their favorite games from the software on their own device, whether that's a tablet or a smartphone. This is an innovative concept, and it's recently been made even bigger with the inclusion of games from Play N Go.

The slots included in this deal will be many of Play N Go's top names. This includes Aztec Idols, Ninja Fruits and Energoonz. However, certain table games will also be available through this distribution agreement like casino hold'em and single-deck blackjack. It will add a lot of valuable content to the MLT platform, which will give players a lot more control over what they want to play at the same time. These games are a great addition, and it's a win-win situation for both of these companies as well as the players.

A big part of the reason why this software developer's titles can be so easily included in a platform like MLT is that they're based in HTML5. This is the modern format that the top software developers in the online gambling world are using for their games right now, and its high level of flexibility is a big part of the reason why. It takes a minimum amount of work to get these games to work with Multiloteri's platform, which is much different than if they were using Flash.

This software developer is coming fresh off of having won the IGA Slot Provider of the Year award, which is one of the most important awards that a company of this type can win in the industry. They've also inked a number of distribution deals like this one that have gotten their games in front of tons of players. It's been a great year for them so far, and it's not even halfway over, so there's even more to come.